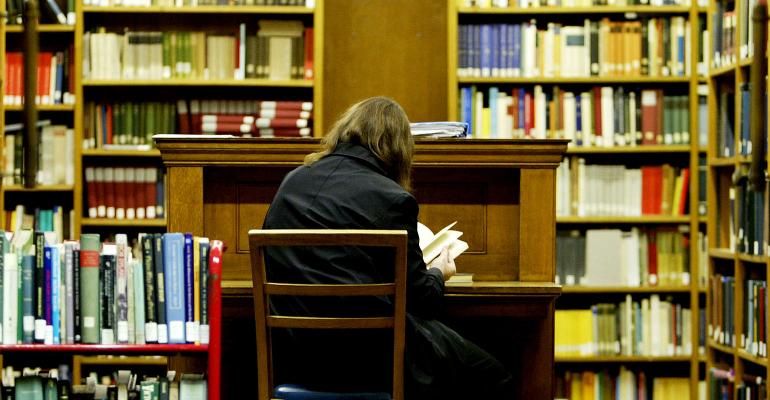 Increasing the Odds of Winning a Merit Award

Ten things clients need to know about the coveted scholarships.

The parents who daydream that their children will win these prestigious awards primarily come from high-income households, and there’s a simple explanation for this. To have any chance at a National Merit Scholarship, a student must score extremely high on the PSAT and the SAT. How well teenagers perform on these standardized tests, as well as the ACT, are highly correlated with income. Teenagers, for instance, who come from households that earn $200,000 a year on average fare better on the SAT and ACT than students whose parents earn $150,000. And those teens fare better than students whose parents earn $100,000 and on down the income ladder.

Consequently, students from higher-income households are more likely to win these awards.

Here are 10 things you need to know about these popular awards:

1. Parents often assume that capturing a National Merit Scholarship will mean that their child will attend college for practically free, but that very often isn’t the case.

How well National Merit designees fare in terms of capturing a bargain will depend on the type of colleges that they end up aiming for.

2. The awards from the National Merit Scholarship Corporation themselves are quite modest. The NMSC dispenses $2,500 one-time-only awards. Interestingly enough, the majority of teenagers who capture the organization’s top designation don’t even receive a scholarship.

3. Corporations also sponsor their own National Merit Scholarships. Children of employees are often the recipients of these scholarships. Other winners live in the employer’s community or are interested in specific fields of study.

4. The other source of money is from the colleges themselves. The official National Merit Scholarships that schools award are quite small. They range from $500 to $2,000 for up to four years.

Only 27 percent of National Merit Finalists receive an official award from the institutions they attend.

One of the main reasons why elite colleges don’t have to dispense merit awards is because they don’t have to. If a student gets into a school like Stanford or Yale, wealthy parents will pay full price.

The elite schools also have stated that the National Merit competition is unfair because of its heavy reliance on test scores that are highly correlated with income.

6. At this point, the options for National Merit winners might seem underwhelming. Plenty of other opportunities exist, however, to capture extra awards for high scorers.

Universities, which tend to be less selective or are eager to obtain higher U.S. News & World Report college rankings, are more likely to provide additional generous merit scholarships to National Merit Finalists and Semifinalists. Here is a sampling of universities that offer generous scholarships:

7.  Teenagers who perform well on the SAT, regardless of whether they were ever in contention for a National Merit honor, will enjoy greater merit scholarship options in private and public colleges throughout the country.

This is also true for teenagers who never took the PSAT and the SAT. Teenagers who sat for the ACT aren’t eligible for National Merit honors, but they are eligible for institutional merit scholarships and excellent need-based aid at countless private and state colleges.

8. What’s important is for families to research what the merit scholarship requirements are at individual colleges. And then see whether a teenager would meet those qualifications.

9. The National Merit scholarship competition starts each fall when 15 million juniors take the PSAT at 22,000 high schools. The competition concludes when winners of scholarships are notified in the spring of their senior year.

Out of the pool of test-takers, more than 55,000 students earn scores that qualify them for recognition either as Commended Students or Semifinalists. About a third of the high scorers are designated as Semifinalists. The number of Semifinalists is determined on a state representational basis.

10. What it takes to become a finalist will vary by state and year.

With a limited number of scholarships available, teens in states with high concentration of well-off, highly educated households, such as California, Massachusetts, Connecticut and New Jersey, have to earn a higher score than those in poorer states such as Mississippi, Alabama and New Mexico.