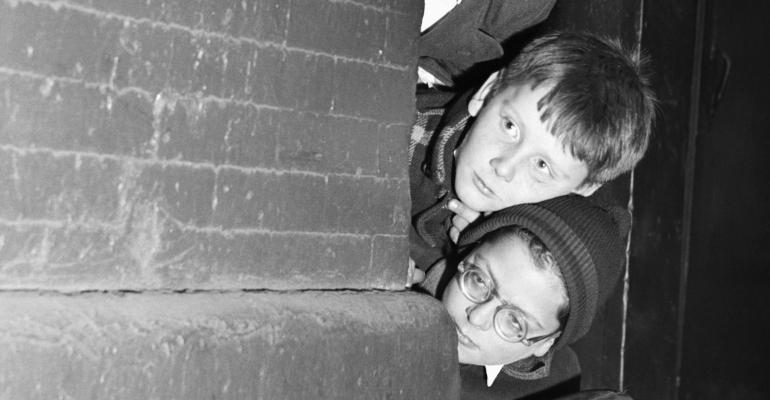 Seeing Around Corners: Leadership Work to Do at Mid-Year

Our responsibility as leaders is to move beyond subjectivity about our practices to a purposeful and supportive objectivity.

The first half of this year has come and gone: where did the time go? More importantly, where do you stand relative to your goals for this first half-year? Most importantly, are you clear on your plan for the second half of 2021?

I must admit that I’m a bit behind on several of the major metrics that I set for myself this year. An unanticipated injury has slowed my physical regimen, so I’m in worse shape and heavier than I’d hoped to be. Further, though my team members and I have made great progress during the first half of the year, among other things, we’re not quite where we want to be in terms of revising and updating our Standard Operating Procedures (SOPs). The ones we have are good but, as with all things, could stand to be refreshed—after all, we learn new things each year, month, week and day (or at least we should)—while several new ones are in development but not yet finished as we’d hoped they would be.

Where do you stand both personally and professionally relative to your major goals for the year?

Chances are that you’re doing quite well relative to some goals—and perhaps even exceeding them—but there’re others against which you haven’t made nearly enough progress. In other words, you and your organization are normal … but, thankfully, there’re ways that you can become better, so let’s explore a few.

The first (self-)leadership best practice is to quantify and record your goals: in other words, are they concrete (with interim measures) and written down? If not, this is your first task. Next, how are you performing against these (written) measures?

Now, if you work with others, go share this analysis and solicit their feedback: do they agree with your assessment of your and/or your organization’s progress? Why or why not? What can you learn from their alternative perspective? How are you going to reflect their feedback in your plans for the second half of the year?

Next, let’s look more closely at those interim measures: assuming you have them, do they reveal any pattern of which you need to be aware? For example, it’s human nature that if we want to attract 12 new financial planning client families to the firm over the course of the year we simplify this goal to be one new such group per month.

Except that this simplicity can lead us astray: for instance, are our marketing efforts sufficiently well-defined and deployed such that we can expect to attract a new client family in, say, January? Or are they sufficiently consistent such that when team members inevitably take time off to be with their families and to rest and reinvigorate during the summer this won’t overly affect the amount of focus on this critical goal (which means that these advisable and expected variations in our organizational capacity won’t preclude us from exhibiting sufficient effort to meet this [monthly] goal)?

Now that we’ve gotten clearer on our actual progress against our goals and likely refined them for the balance of the year as well as allocated them more realistically, it’s time to assess our ability to execute against them: when examining them critically, do we have both sufficient capacity and skill and will to achieve them?

How would an objective third party answer this question of capacity and capability about you/your firm? Probably not quite as forgivingly, which is actually a good thing. A meaningful part of our goal is, in fact, to rid ourselves of the well-intended but often unhelpful rose-colored lenses through which we tend to evaluate ourselves and those for whom we care. Our responsibility as leaders is to move beyond this understandable and commendable subjectivity to a purposeful and supportive objectivity.

Now that we’ve grounded ourselves in reality, it’s time to recalibrate: what gaps are there in our ability to execute against our plan to achieve our goals? Who’s going to help fill these gaps and how? (Or, alternatively framed, do we have this capability internally or we going to have to go outside of ourselves and our firm to contract for it?) And who’s going to supervise our progress against filling these gaps and reaching these goals, which actually means who’s going to be accountable for ensuring that this progress is both attempted and, most importantly, achieved?

One final suggestion: though none of us likes to dwell on the negative (or, at least, shouldn’t), many of the challenges that we do and will face are, in fact, foreseeable; which means that we should develop contingency plans for them.

Am I suggesting that you make a major investment of your time in figuring out all that could go wrong and in developing detailed plans to address each of these scenarios? In a word, no. I am suggesting that you make a modest investment of your time in considering the most likely potential derailers and develop at least an outlined approach to address them. A great friend and mentor once described this best practice to me as executing on his responsibility to his people to “see around corners” so that when his organization has to pivot, having anticipated the most likely and/or costly such scenarios, he’s prepared to help it do so with minimal disruption.