/sites/all/themes/penton_subtheme_wealthmanagement/images/logos/footer.png
Recent
Recent
Eight Must Reads for the CRE Industry Today (May 19, 2022)
May 18, 2022
Russian Billions Hidden in US Spur Backlash to Financial Secrecy
May 18, 2022
Mariner Wealth Advisors Expands in Michigan with Emerson Wealth Acquisition
May 18, 2022
Macquarie Alum’s GreenPoint Eyes $1 Billion for Real Estate Bets
May 18, 2022
Featured
The 10 Best and 10 Worst States in Which to Retire in 2021
Jul 15, 2021
Poll: 15 Classic Books on Investing and the Markets
Apr 03, 2020
Fifteen Must-Listen Business Podcasts for Advisors
Aug 14, 2020
Celebrity Estates: Jay Leno and Planning for Classic Car Collections
Feb 22, 2022
Mindy Diamond on Independence
brought to you by
Practice Management>Careers

When we started this series some four years ago, we expected to share a handful of episodes that explored the independent space—hence the name Mindy Diamond on Independence.

But we came to a realization: There was a far bigger story to tell. That is, one that was not focused solely on a model but instead on a mindset. An evolved state-of-mind amongst advisors who were eschewing the bureaucracy of the brokerage world they grew up in for models that offered greater freedom and control.

Because the reality is that not all advisors are looking to cast aside their W-2s and become business owners. Instead, they are looking for more control over how they manage clients; more creativity in how they market their services; and ultimately, freedom from the bureaucracy that is preventing them from living their best business lives.

Take, for example, regional firms. A moniker that once represented smaller firms with a limited geographic footprint has since taken on a completely different meaning in the evolved wealth management landscape.

The new regionals are by no means small—and have come to represent a cultural appeal unlike their wirehouse counterparts.

And those geographic limitations are also a thing of the past. 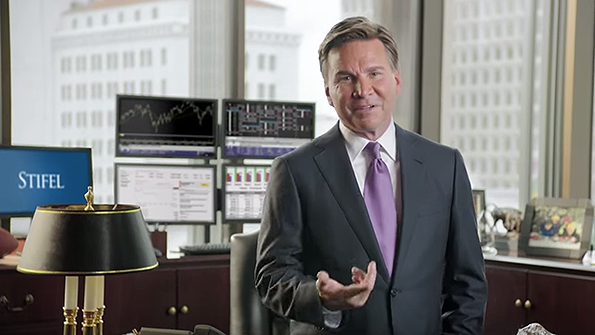 In this episode, Ron Kruszewski, Chairman and CEO of Stifel Financial Corp., shares how the firm serves as an example of what the term “regional firm” represents today.

That is, one with nearly 2,300 advisors managing some $400 billion in assets and $4.6 billion in projected revenue.

And that’s a far cry from where the firm was back in 1997 when Ron became CEO: At that time, the firm’s revenue was at $100 million with assets under management at $8 billion.

Stifel stakes the claim of being the only investment bank and financial services firm with 25 years of record revenue—even throughout the financial crisis in 2008.

Today, Stifel is the nation’s 7th largest full-service wealth management and investment banking firm in terms of number of advisors. Ron talks about Stifel’s success, including:

While culture is one of the most over-used terms in the industry, the fact is that it is often the main reason an advisor changes firms or models.

As Ron shares, Stifel places a high value on an environment built around advisors and their ability to have agency over how they do business, with the bonus of support and community.

And for many advisors, that’s the perfect mix.

Listen in to learn more about Stifel and how it fits into the ever-expanding industry landscape.