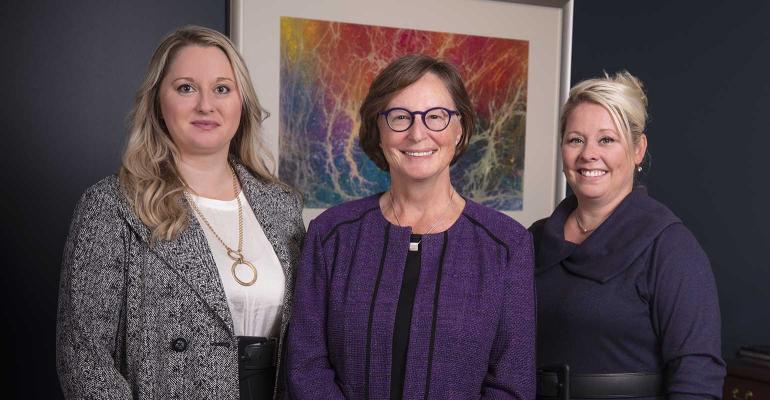 Advisors looking for someone to take over their practice may find the second—or third—time’s the charm.

Back in 2014, Lynne Wright was up a creek. With just a few years to go before retirement, Wright, senior vice president of investments at Wright Wealth Management of Raymond James, had had not one, but two, succession plans fall through. The first time, the woman Wright hoped would take over decided to switch industries. The second, a young man, recruited from within her branch, not only didn’t work out but ended up departing with some of Wright’s clients.

When all looked lost, much to Wright’s surprise, a well-regarded admin raised her hand, explaining that she wanted to be a financial advisor. “I figured if someone has the gumption and wherewithal to step up, I should give them a chance,” says Wright, whose practice has about $500 million in assets. Wright signed her up for a two-year Raymond James financial advisory program. Three years later, a second admin spoke up and also joined the program. Now, Wright and her successors have a signed ownership agreement with a seven-year payout. “I didn’t want to just sell the practice,” she says. “I wanted a successor.”

There’s a lot of attention these days on financial advisors’ lack of succession planning. But what’s discussed less frequently is that even those who do pinpoint a successor may see their plan fizzle. That’s especially true for internal succession plan failures, in which advisors groom a junior colleague to take over when they retire, only to find it doesn’t pan out. While it’s hard to come by exact numbers for how often this happens, “When it doesn’t work out, it’s massively disruptive,” says Amit Dogra, president of tru Independence, a support platform for advisory services.

Typically, problems occur when senior and junior advisors haven’t clearly thought through what they want or documented their understanding in writing. “The more time you put in, the more likely it will work out,” says Mark Schoenbeck, executive vice president of Kestra Financial. He estimates that, in cases where advisors rushed into an agreement, “Things go wrong more than half the time.”

In fact, according to Schoenbeck, a sizable number of advisors don’t create a written, legal agreement and plan. “They do things with a handshake,” he says. In some cases, they may fail to go even that far, simply making assumptions about their junior colleagues’ career plans. David DeVoe, CEO of DeVoe & Co.,  a strategic advisor to RIAs, says he’s seen multiple cases where the senior partners of firms assume their enterprising younger counterparts would want to become owners eventually, without actually ever broaching the subject. Then, when the partners reach retirement age, they discover those junior advisors have no desire to take over. “They assume everyone wanted to be a business owner just like them,” says DeVoe.

Such miscommunications can happen even when owners offer an advisor equity. For example, if they fail to explain their intentions clearly, the move may be misunderstood. “The junior advisor may have a different idea of the purpose of that equity,” says Tammy Breitenbach, executive business coach at Carson Coaching. “So they aren’t on the same page.” The recipients might assume the equity is simply a retention move or a way of rewarding them for doing a good job if things aren’t explicitly spelled out.

In other cases, advisors may have a legal agreement that’s too vague, thereby paving the way for misunderstandings. DeVoe points to a founding partner who, several years ago, drew up a written plan with an offer to sell equity to his junior colleague. But the would-be successor felt the price wasn’t favorable, so he declined to buy. Two years later, he changed his mind, figuring he could buy in at the same price. The owner said no, and the agreement fell apart.

Sometimes, junior advisors just change their minds. That’s what happened six years ago to Eric Brotman, CEO of BFG Financial Advisors in Timonium, Md., when his deal with his heir-apparent fell apart. The individual had started as an employee 10 years earlier, rising up the ranks to be a partner and equity owner. “He was positioned to become the majority owner,” says Brotman, whose firm has about $600 million in assets. But the advisor decided he had what Brotman describes as “a different calling” and announced he was leaving to join a robo advisory firm, even in the face of steep penalties for reneging on their agreement. “It was a very expensive decision, but he did it anyway,” says Brotman.

If plans fall through, advisors need to analyze what went wrong, so they don’t experience the same problem again. “It’s important to do a postmortem,” says Dogra. “This is an opportunity to learn.”

Should the failure happen when an advisor is too close to retirement, the only choice may be to sell, even if that’s not the preferred route. But even if there’s the cushion of more time, it may not be possible to find a suitable replacement and groom that person to take over. In such situations, Dogra suggests advisors look further afield. That means considering potential successors in different industries, like fintech or real estate, with transferable skill sets. “We counsel advisors to cast a wider net,” he says. “You don’t need someone in the financial industry for 10 years or with a CFP.”

Or like Wright, advisors can work with existing employees in support roles who want to move up. In her case, while both admins went through the Raymond James Advisory program, Wright worked closely with them to get them up to speed and working directly with clients. She then hired a coach to help hammer out a legal agreement, and, in December, they signed a deal for her successors to take over the practice.

It’s important to approach any legal agreement with an understanding that people’s expectations may change. That’s especially true for more qualitative matters. An advisor may decide to retire later than planned, for example. Or a junior advisor could turn out not to be the rainmaker everyone had anticipated. For that reason, Schoenbeck suggests advisors review their plans annually and make any necessary adjustments. If, say, an up-and-coming successor ends up not being capable of bringing in a lot of new business, “You might need to add somebody with that skill set,” says Schoenbeck.

For his part, Brotman ended up with two advisors ready to take over. One was an industry veteran he’d known for a while, who joined the firm four years ago, becoming an equity owner a year later. The other, an advisor who was already with the firm, also started buying in at that time.

But Brotman’s experience motivated him to do more than find new successors. He revamped his firm’s management structure, a triumvirate with him as CEO and the others as a COO equivalent and head of asset management. He also changed the firm name from the original DBA, Brotman Financial, in 2019, to deemphasize his role. “This [shift] has been a godsend for the firm,” he says. “I’ve built a company that isn’t all about just me.”