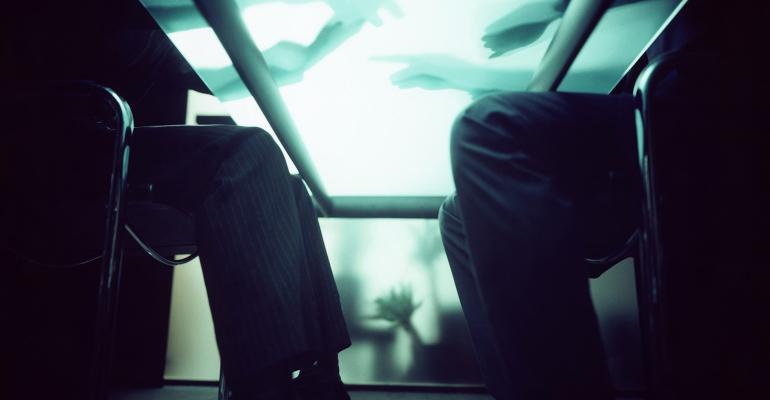 Is There a Fire Within Your Office Walls?

Due to the pandemic, the potential for professional dissent is especially high at present.

Typically, there’s a buzz in every organizational setting, a sotto voce set of topical dialogues usually intended to be beyond the awareness and purview of its management. It can be as harmless as ‘water cooler talk’ or as serious as grave employee concerns about rumored and/or actual developments. Generally, we don’t need to concern ourselves much with the former, unless its prevalence begins to impinge upon performance (which, in reality, occurs rarely). But beware the latter: therein can lie a proverbial fire within your (physical or virtual) office walls, which, if not addressed directly yet deftly, will likely have a negative impact on a firm’s performance soon.

How do I know? Because a few years ago I was embroiled in just such a situation: the executive ranks of one division of a major financial services company were becoming agitated as what started as a rumor began to be confirmed as fact: The early word was that there was an undisclosed collaboration between the leader of that division and one of its highest-performing executives that led to the latter having significant advance notice of the performance benchmarks against which we would be measured; thus, giving his unit a clear advantage.

Then, we discovered that, in fact, this peer had been delegated the task of developing this performance scorecard, so not only did he know far in advance how we would be assessed, but he was able to influence the selection of metrics that were especially favorable to his group. I don’t need to tell you that we were outraged to find out that that one of our own was able to design a scorecard that virtually guaranteed him to win, thereby meaningfully disadvantaging every other executive peer and unit.

This fire started as a murmuring at our quarterly gatherings to review the division’s performance as well as to introduce new and/or evolved strategic imperatives to its senior leadership group. Over the course of several months, as more discoveries were made and confirmed, it morphed into a full-out fire in the division: unit executives were actively communicating about the growing scandal, with the level of disaffection increasing accordingly.

The division’s executive management seemed largely unaware until the metaphorical smoke couldn’t be hidden anymore, and what followed was both swift and destabilizing: after a particularly contentious meeting between the division leader and his senior executive corps in which the allegations were outlined and responses were demanded, within three months, this leader’s successful, decade-long tenure came to an end and the CEO of the company was so unnerved by this development that he chose to go outside of the firm to select the next divisional leader, which, in turn, led to a mass exodus of its senior executive talent.

Why should this matter to advisory firm leaders right now? Because the potential for dissent is especially high at present, owing in large part to the professional and personal upheaval that our colleagues have experienced during this extended and continuing pandemic.

As University of Michigan Ross Business School professors Jeffrey Sanchez-Burks, Christina Bradley and Lindred Greer identified in their recent MIT Sloan Management Review article, “The disruptive events characterizing (the present time) are leading employees to bring a higher level of emotionality to work than ever before. This is clashing with the culturally ingrained norm that an appropriate ‘professional’ demeanor minimizes emotional expression.”

Further, “work on emotional suppression suggests that there are long-term costs to keeping emotions buried and that, if stifled, they will erupt in counterproductive ways. For that reason, leaders can no longer avoid taking an active role in architecting emotional landscapes – the collective composition of employee sentiments.”

It’s imperative that financial advisory executives get closer to their people, listen supportively, come to understand their circumstances and respond thoughtfully yet proactively.

Typically, we acknowledge the potential major negative consequences of failing to deal with our colleagues’ emotional states to a point, but there’s an even more significant risk of pretending that everything’s just fine: employees will simply ‘get along to go along’ but be meaningfully disengaged from their work. Among other things, this tends to lead to a culture of groupthink and an avoidance of confrontation along with a superficial, concealing and false projection of shared emotional calm. While this may seem a boon for executives because it appears that everything’s fine and they don’t need to exert themselves more than necessary, it’s really an illusion, and a potentially dangerous one at that.

Practically and tactically speaking, because “the level of innovative thinking you will get from your team will be suboptimal when there’s too much emotional conformity” (especially when its members are only pretending to be aligned constructively), it’s important that executives seek to surface the emotional realities of the present situation, both to evidence caring leadership and to encourage the maximal performance of the organization.

Strategically speaking, as McKinsey pointed out in its recent report, The CEO Moment: Leadership for a New Era, the most astute and innovative executive leaders are using the collective emotional turmoil and challenge of the present environment as an opportunity to achieve a performance-enhancing cultural and business model paradigm shift within their organizations.

What these innovative CEOs are doing is engaging in the radical act of actually listening to their people, especially those closest to the clients, and valuing their input by factoring it into their evolving strategies to move the company forward. Imagine that...

So, by all means choose to engage more with your people and commit not only to listening fully and empathetically to them but also to addressing both their emotional needs as well as the business opportunities at hand. In this way, you can move the any fire from within your organization’s physical and virtual walls into your people’s hearts and minds.