Harris Baltch, Dynasty Head of M&A and Capital Strategies, is joined by Marty Bicknell, CEO of Mariner Wealth Advisors, to discuss how to negotiate and close RIA M&A successfully. Join the two as they delve into how to close deals in a virtual world, how a buyer can differentiate themselves from the pack, repeatable M&A tactics to move a deal from signing to closing and much more.

This is the third in a series of podcasts on M&A for independent RIAs. So far, we’ve learned how RIA owners can prepare for successful M&A outcomes, and how to be most effective in the execution phase.

This time we look at the art of the close with Marty Bicknell of Mariner Wealth Advisors. The Overland Park, Kan.-based RIA has been making a name for itself in M&A for a decade, acquiring 24 independent wealth-management firms in the process. For Bicknell, Mariner’s CEO and co-founder, there are five main ingredients for a successful close to an RIA sale. 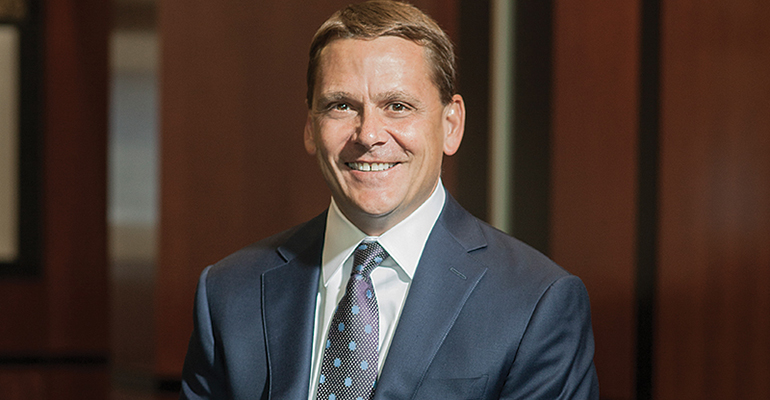 Bicknell learned the importance of strategic clarity the hard way. Mariner’s first acquisition was a product of geography “and it was a disaster,” he says. “The three largest revenue producers in the firm were not cultural fits.” Fortunately, “it was our first transaction, and it really has molded us into the diligence process we have today that’s so focused on culture.”

Culture gets its own section below, but it’s useful to know Mariner’s early appreciation of its importance contributed — over the next five or six years — to clarity around its acquisition strategy. Instead of sticking pins in a map and hoping for opportunities on the ground, Mariner goes after talent instead of specific geographies. “This is not an AUM grab, this is not an ‘EBITDA’ grab,” Bicknell says, referring to ‘earnings before interest, taxation, depreciation and amortization,’ a common M&A metric. “This is a talent strategy.”

It’s also a total acquisition strategy. Early on, Mariner would take a majority stake in firms, but not full ownership. Now they go all in. “We buy 100%, we pay cash.” That way, Mariner can craft robust incentive plans to retain next-generation talent and standardize technology and best practices across the firm as a way to encourage growth and leverage scalability. “The simple method of valuing the business, writing a check, and putting an incentive in place to grow the business over a relatively short period of time has worked really well for us,” says Bicknell.

Right now it’s a seller’s market. Buyers counting on that to change soon shouldn’t hold their breath. One RIA consultancy, Advisor Growth Strategies, says the average RIA sold for a median adjusted 8.0 times EBITDA — a far cry from the two-times-revenue multiple some would-be acquirers can’t seem to shake. “I’m a firm believer in cycles,” says Bicknell. “Will the cycle cause multiples to pull back a little bit?  Probably, but it’s unlikely to occur in my career.”

The most important element in getting a deal to the finish line is culture, according to Bicknell. “You can take 90% of the deal and put it on a spreadsheet and get a black and white answer,” he says.  “You can’t do that with culture and client experience.” In other words, you can crunch numbers but you have to develop a nose for the cultural aspects of deal making.

The RIA space, barely 30 years old, is dominated by individual owner/founder/operators. “We are building an advisor-attraction model,” says Bicknell. This calls for having similar views on client service, investing and planning — even if some advisors are stronger in some areas than others. “We spend a significant amount of our time in the diligence process on the culture of the organization, the client experience piece of it, making sure that's something that we want our flag on,” he adds.  “Our diligence is all-encompassing, but the primary thing that I personally focus on is client experience and culture.”

We’ve mentioned incentives for advisors at a firm a buyer has in its sites, now let’s drill down on Mariner’s processes. “We put a three-year kind of earn-out bonus structure in place to help drive and incentivize the teams to embrace our high-growth mentality in the integration process,” says Bicknell. After that, another incentive plan kicks in for roughly 40% of Mariner’s total advisor force of about 350.

Mariner is especially keen to attract “planning-based advisors,” Bicknell says. That’s to ensure an acquisition target’s “value proposition isn't ‘investments only’ and they have a holistic planning component.”

Bicknell understands that while he and his colleagues at Mariner are veterans of M&A, most of the RIA owners they consider aren’t. “So we try to keep things as simple as we can in what seems to be a complicated structure or complicated process for sellers.” Mariner starts this process with a “short form” due-diligence process “that allows us to understand the economics of the business, and frankly, it leads us to be able to put a value on it, and we put that in writing,” says Bicknell. This involves the prospective buyer reviewing the would-be seller’s balance sheet and profit-and-loss statement. “We want to understand how the advisors and all the people inside the organization are compensated, and then we want to understand what back office tools they're utilizing.

If Mariner’s valuation of the target is in the ballpark, “we move through with real diligence, and then go through the process of having them understand our organization and getting our hands around their organization to really feel whether there's a true fit,” says Bicknell. “Then we go through the definitive agreement process and close the transaction.”

Meanwhile, adds Bicknell, an RIA eager to attract buyers should:

“It’s really useful to have those conversations as early as you possibly can,” says Bicknell. “Lay out what you want things to look like post-deal, and understand what must be done before a deal can be reached.”

Harris Baltch is the head of M&A and capital strategies for Dynasty Financial Partners.