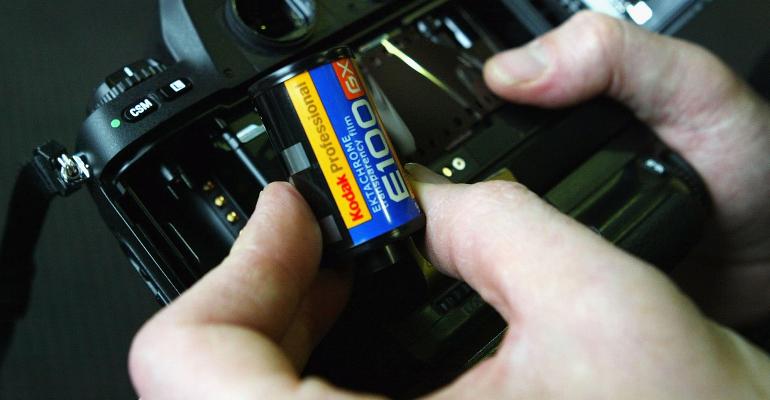 How to Avoid the 'Not Invented Here' Syndrome

Be open-minded about new ideas and solutions from beyond your office and professional network.

While we don’t wear hard hats to work, our business can be dangerous. Having good ideas, especially great ideas, can get you in trouble. Other advisors who have their heads down doing their day-to-day work often aren’t receptive to things they haven’t heard of. If their clients are approached with something new that they don’t know about, the knee jerk reaction is often to reject it.

This kind of thinking reminds me of the “toothbrush theory.” Everybody wants one, everybody needs one but nobody wants to use someone else’s.

From Nokia to Kodak to GE, the tech industry is littered with examples of once powerful companies whose dynasties were brought down by the short-sightedness of toothbrush theory, or what behavioral economists call “Not Invented Here” (NIH) syndrome.

Dan Ariely, Duke University, Professor of Psychology and Behavioral Economics talks about NIH at length in his new book  The Upside of Irrationality.

But NIH is also pervasive in our industry. Instead of taking the time to learn something new, something that may actually help, many time-pressed advisors simply throw up their hands and bring things to a halt. Why? Ego, maybe. Fear, maybe. But NIH haunts our profession and hurts our clients.

People who know me well will tell you I work intensely with the tools of planned giving. In recent years, we’ve re-purposed staid solutions like the pooled income fund (PIF) into a modern, highly useful client tool. For advisors who are willing to keep learning about new solutions for their clients, the new PIF provides powerful income and estate tax benefits.

I recently talked to a business owner who was considering selling his business for several hundred million dollars. As the founder of the business, the longtime owner’s basis was very low. That meant his capital gain taxes on the sale could have been as much as $100 million.

However, after a series of discussions, I helped him use a combination of strategies that would reduce his taxes to next to nothing. We suggested using a unique PIF structure, as well as a specific type of private placement policy that would ultimately deliver an extra quarter of a BILLION dollars to the owner’s family over their lifetime.

It was a completely legal strategy and not overly complicated. The solution was nothing that couldn’t have been accomplished within a reasonable period of time and with reasonable certainty of the outcome.

However, in this case, we were thrust into a surprise conference call with the business owner’s attorney, accountant and other stakeholders. That meant we had no chance to gain a preliminary understanding of the length and depth of the relationships the other advisors had with the owner. This is never a good sequence of events. Attorneys, accountants and other long-time advisors don’t want to be blindsided by ideas brought to the table by people they don’t know…i.e., NIH ideas.

But if they truly put their clients first as they claim to do, then they shouldn’t be opposed to hearing ideas from other solution providers--perhaps even embracing them. But that’s not what usually happens. The ideas often catch them off guard—like arriving at work and suddenly realizing you forgot to brush your teeth.

If the concepts aren’t something the advisors have seen before, then the new ideas can be threatening. They certainly don’t want to look unprepared or unintelligent in front of their clients (and colleagues). So, the easiest thing to do is dismiss those ideas, claiming they’re “no good” or “too complicated” or “too risky.”

But, sweeping those ideas under the rug doesn’t make short-sighted advisors any more valuable to their clients.

I’ve found the best way to collaborate with these other professionals is to spend time understanding who they are and what they bring to the table. Clients don’t always give us the time to run our own process, but we should be more insistent. Otherwise, they suffer by their own hand. “Not invented here” is the easy way out. It’s hurts everyone.

“The Apple watch is an interesting toy, but not a revolution.” – Nick Hayek, Jr. – Swatch Executive, 2015

“I wouldn’t single out Facebook as a concern.” – Tom Anderson, co-founder of Myspace, 2008

Randy A. Fox, CFP, AEP  the founder of Two Hawks Consulting, LLC. He is a nationally known wealth strategist, philanthropic estate planner, educator and speaker. He is currently the editor in chief of Planned Giving Design Center, a national newsletter and website for philanthropic advisors. He is a past winner of the Fithian Leadership Award by the International Association of Advisors in Philanthropy.