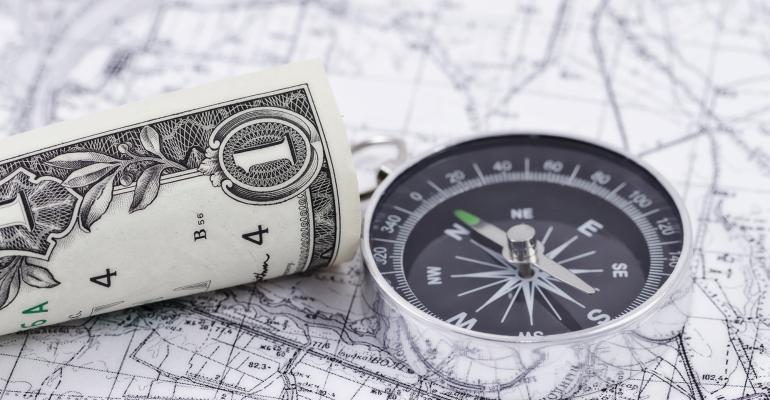 Like with any relationship, it’s important to have those uncomfortable conversations early.

We have previously written about the trials and tribulations of RIAs looking to merge businesses in the wake of an M&A transaction. In our experience, buyers and sellers get so focused on “the deal”—negotiating valuation, deal terms, earn-out, etc., they oftentimes forget about the complexities of post-merger integration. With new reports that deal sizes are getting larger (Fidelity reports that 2021 has seen 67 $1 billion RIA transactions, compared with just 28 between $100 and $250 million), we believe the post-merger discussions of “how” these transactions will be consummated must occur earlier in the process. Namely, who will be steering the ship once the ink dries on the M&A contracts?

When a $2.5 billion RIA acquires a $350 million RIA, it is fairly obvious that the seller will be acquiescing to the buyer. This will include not only leveraging the technology tools of the buyer, but the policies, procedures and general “way of doing business” that the buyer has in place prior to the acquisition. Successful buyers in the M&A arena do everything in their power to make the transition as smooth as possible for the seller’s clients and employees, but in order to gain economies of scale after the acquisition closes, buyers will want to eliminate as many duplicative costs, systems and workflows as possible to create a unified firm moving forward. Early merger talks between firms of these sizes will generally take the form of, “We are so excited to have you join our firm, we think we can unlock your next chapter of growth by having you plug into the scalable infrastructure we have built here,” and the seller will be very excited to rid themselves of the business administration headaches they’ve been dealing with as a stand-alone RIA and transition themselves into the larger firm. The goal for everyone involved is to achieve the M&A mathematical nirvana of 1+1 equaling 3.

While the act of merging two firms (and their cultures, legacy systems and ways of conducting business) is never easy, there can be an additional layer of complexity when the companies are similar in size. For example, instead of a $2.5 billion firm acquiring a $350 million firm, what if that $2.5 billion firm merges with a $2 billion RIA, or a $3 billion RIA merges with a $2.6 billion firm? In scenarios such as these, the sellers are much less inclined to retire their systems and workflows and tend to dig their heels in around their way of doing business vs. how the buyer conducts business. If these discussions don’t take place at the negotiating table, post-merger integration work can screech to a halt as both firms wind up arguing about every aspect of the business from whose reporting software will be used in the new world, to what billing methodology should be instituted, all the way down to which email archiving system is more appropriate for the combined entity.

Everyone is on their best behavior on a first date. Full of optimism of what the future could hold for this budding romance, no one wants to talk about their habit of leaving dirty clothes on the bedroom floor, but somewhere between the first date and the one where the “buyer” sweats all the way through dinner, knowing there’s an engagement ring burning a hole in their pocket, real conversations need to take place. Do we share the same values? What will our marriage look like? Would I move into your place, or would you move into mine? Can I keep my motorcycle after the wedding if I let you keep your coffee table? Marriage is tough as it is, but if these types of conversations aren’t had prior to the wedding, we all know some uncomfortable conversations are coming (hopefully after the honeymoon, at least!). The same goes for M&A transactions—these uncomfortable conversations must take place prior to the “engagement party,” rather than one firm simply saying, “I just assumed we were doing everything my way because my AUM is 11% larger than yours.”

The problems described above are not unique to just billion-dollar mergers—we have seen these arguments rear their ugly head in mergers of all sizes, when the buyer and seller are both of relatively equal size—a $500 million firm combining with a $450 million firm, or a $750 million firm merging with a $675 million RIA, for example. While the “deal team” never wants to initiate a conversation that could potentially ruffle some feathers for fear it could derail the M&A process progressing quickly, these conversations must take place, nonetheless. If your potential merger partner isn’t willing to pick up their clothes, or move to the suburbs or get rid of their hideous 1980s-era coffee table, you need to ask yourself, “Is this someone I want to marry?” And wouldn’t it be better to have that knowledge before the wedding, rather than after?

Matt Sonnen is founder and CEO of PFI Advisors, as well as the creator of the digital consulting platform The COO Society, which educates RIA owners and operations professionals on how to build more impactful and profitable enterprises. He is also the host of the popular COO Roundtable podcast. Follow him on Twitter at @mattsonnen_pfi