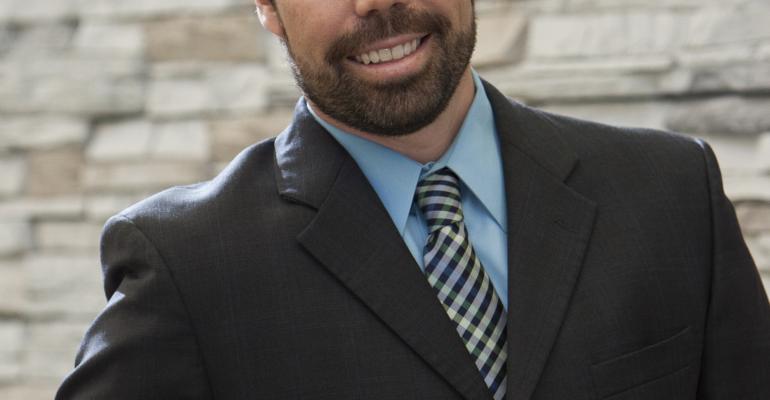 The Art of Process Improvement

How Trust Company of America is bringing lean six sigma concepts to its custody platform and its advisors.

Mike Lover is a certified black belt, but not in karate.

He is a black belt in "lean six sigma," a management strategy born in the 1980s to help manufacturers weed out defects by consistently monitoring, analyzing and adjusting their production process. Lover is bringing the concept to RIA custodian Trust Company of America and its advisors with an executive title that leaves little doubt as to his mission; he is vice president of "process improvement."

To become a black belt in the management technique, applicants undergo a two-year certification program, which includes getting two major process improvement projects off the ground, and passing a three-hour oral exam and three-hour written exam on the six sigma methodology. Lover completed the program in just 14 months.

Why would a non-manufacturing firm, particularly one in a far messier, less measurable "relationship-based" industry like financial services, want to go through a six-sigma evaluation? According to Lover, these firms are inundated with sometimes needless and repititous back-office activities that keep principals from spending more time with clients and family. Eliminate the waste in the process, and they get more time. "I can free up capacity," says Lover.

“We’ve realized that there are a lot of procedures and processes that we’ve been doing the same for many years,” says Bethany Asher, operations project analyst at Symmetry Partners. “We’ve tried to make changes over the years, and sometimes it works; sometimes it doesn’t. And we’re ready to take a different approach.”

Lover started with a deep look at their "inspection" process—the time spent validating that new account forms were correct. Symmetry inspected every single form by hand, Lover says. But, after some digging, he discovered that 90 percent of the data was correct. “Doing 100 percent inspection on stuff you know is accurate is a lot of waste.”

Symmetry also ran the risk of the Hawthorne effect, Lover says. If an employee knows that someone else will be checking their work, they put less effort into making sure it is right. “If I know you’re looking over my shoulder, I’m probably going to be a bit more complacent than if I knew I needed to get it right myself the first time.”

The Origins of Six Sigma

The six sigma methodology was created by Motorola in the 1980s; the company's engineers wanted to measure and analyze data from their production cycle and monitor the output to stay as close to defect-free as they could, with efficient effort. The word ‘sigma’ is a statistical term that measures how far a given process deviates from perfection. The system was made famous by Jack Welch at General Electric, which adopted the strategy in 1995.

Lover says what often throws people off when he introduces them to lean six sigma is that they don’t immediately talk about solutions. He first asks them to define the current process, measure its performance and analyze the steps that are giving them the most grief.

Another mistake he sees people make is jumping to change the process every day based on an error that just occurred. The risk of that approach, Lover says, is that the staff has to operationalize that change every time. Instead, you can find the 20 percent of the steps that cause 80 percent of your problems, and drive lasting change in the organization, Lover says.

“A more disciplined approach might be to compile some data on all the errors you’ve seen in the last 30 days and make a more data-driven, wholesale change on your process rather than a process that changes every day.”

The Cost of Interruption

One of Lover’s projects at TCA has shown the concept to work. Along with the company’s software development team, Lover helped redesign the process for writing software code from a waterfall methodology—where you produce six to nine months of code at a time—to an agile methodology—where you’re creating small pieces of developed code at a time. Those small pieces are then tested all the way through the process.

They also removed the cost of interruption.

“There are a lot of studies by the Department of Labor that tells you that the cost of interruption is about 23 minutes from the time somebody interrupts their daily routine and then actually gets back to where they were prior to the interruption,” Lover says.

For example, one developer was working on four different projects, so there was a large cost of interruption in switching gears from one project to another. Now the developer just focuses on one project at a time, eliminating those routine interruptions—going to different meetings, switching gears, trying to uncover the root cause of something he worked on three months ago, etc.

With the new process, TCA is gaining 20 percent efficiency and 20 percent greater through-put.

Lover has also shortened the process to convert and fund accounts on TCA’s platform when an RIA joins by 66 percent, versus those who converted to the platform in the past. To accomplish that, he first studied the data of those customers who converted the fastest, and how they could repeat those processes.

He found that there was some complexity in the company’s paperwork, so they shortened the forms from about 10 pages to one.

Also, the company was previously letting the advisor drive how they wanted the process to go, versus guiding them on best practices. For example, TCA used to provide RIAs the option between virtual training or on-site training when they came on board. He found that remote training, however, adds about 30 days to the conversion, on average.

“We’ve found supporting data that on-site training actually produces faster results for the RIA because they understand the functionality far better than they can learn it remotely, and it builds rapport between ourselves and them, meaning they get far more comfortable with us as a company and we’ve built stronger relationships that lead to better partnership going forward,” Lover says.

TCA will still provide remote training if the advisor wants, but they will strongly encourage on-site training as a best practice and provide Lover’s data to back it up.

Leaving the Past Behind

In the advisory industry, many firms are wedded to the old way of doing things, with management often loathe to try new things and implement ideas from their younger staff.

But lean six sigma requires involvement and ideas from all employees in an organization, and that certainly has been paying off for Symmetry.

“I think all of our employees are very excited about the fact that they’re involved in this process,” Asher says. “It’s not the managers telling them, ‘This is how we’re going to change things.’”

One tool Symmetry is the affinity diagram, where employees sit in a room and brainstorm ideas for change.

“Initially, there was a little bit of apprehension when people historically had been asked for their opinion, but maybe that opinion hadn’t been accounted for in whatever management had come up with,” Lover says of Symmetry. “Then when people got in and actually experienced the exercise and when Bethany and the team were able to put a run or two on the board on those quick wins that she talked about, that creates a little bit of momentum.”