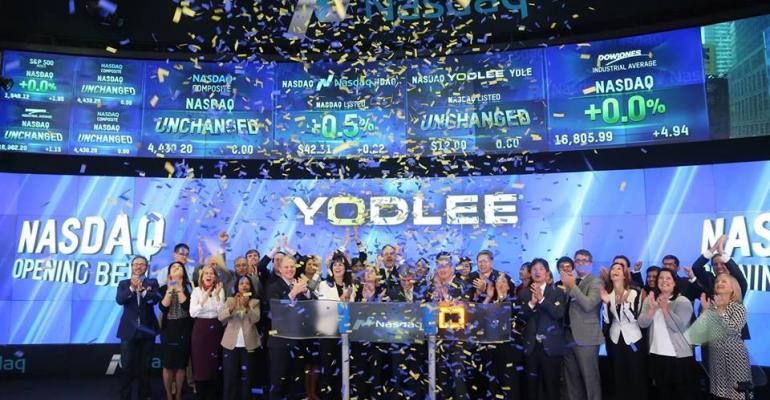 Yodlee in the Hot Seat

The Wall Street Journal "exposed" what it called a “side business” for Yodlee: Selling the data it gathers from its many personal-finance apps to investment firms like Point72 Asset Management and Tiger Global Management who use it to analyse trends in businesses, pricing and consumer behavior. Yodlee responded, saying the paper's attempt to stoke fears over this fact fell short by not including the fact that it's public knoweldge, identifiable information is stripped out, and there were no examples of where their data has been used in nefarious ways. Meanwhile, the paper's sister site Marketwatch (both are owned by News Corp.) posted a press releases from Yodlee announcing more data partnerships, this time giving its API to incubators of FinTech startups.

An elderly New Zealand man has pledged to make a $1 million bequest to help protect New Zealand’s various native lizard species. The beneficiary of his charity will be the Endangered Species Foundation. This bequest is in addition to roughly $200,000 he’s already pledged to various other lizard-related conservation charities over the years. The anonymous donor reportedly developed an affinity for the scaly reptiles while growing up in Karori, an area that’s apparently loaded with lizards. According to the lead ranger at Zealandia, one of the past beneficiaries of the donor’s charity, “… it was his dream to hold a Tuatara” (pictured above, being held by Price Harry). Sometimes it pays to dream big.

How to Torch Your Net Worth

Scott Fearson has some not-so-kind words for the financial services industry and financial advisors on the DeadCompaniesWalking Tumblr, namely on how some money managers treat their clients. He compares them to real estate agents and used car salesmen, two professions that rank near the bottom in the honesty category in Gallup polls, just above politicians. However, he adds that the clients themselves are also their own worst enemy, listing five ways they blow their own net worth without even getting an advisor involved -- including paying credit card interest, taking out whole instead of term life insurance, investing in high-fee mutual funds, overtrading and buying cheap, low dividend stocks.

Why Millennials Are Dominating The Housing Market

Millennials are conventionally known as the fast-paced generation that never wants to settle down. Despite this common misconception, Gen Yers are in fact reported to make up the largest share of homebuyers in 2015 at 32 percent. According to a survey conducted by The National Association of Realtors, millennials also make up 68 percent of first-time homebuyers. This statistic is expected to grow even more in upcoming years: TD Bank prognosticates that 50 percent of the members of this generation, between ages 25 and 34, will be en route to purchasing their first home within the next two years.