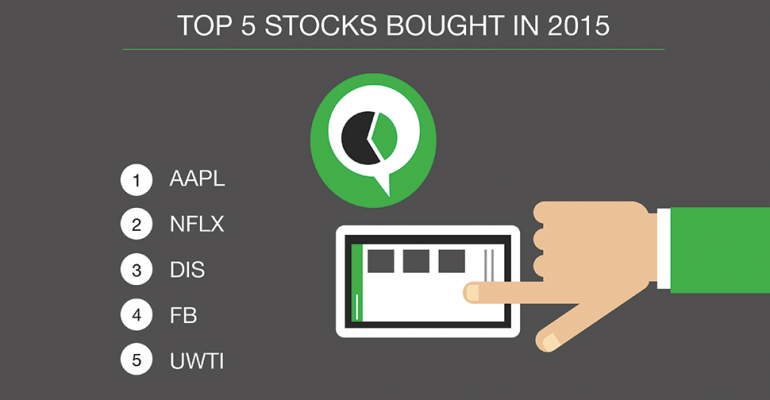 TD Ameritrade said millennials were invested heavily in individual stocks last year, representing 28 percent of new accounts opened at TD in 2015. Millennial investors really aren’t as different as some suggest – their five favorite stocks matched the top five stocks bought across all generations – but it is true that they love their mobile devices. The generation made 35 percent of their trades on mobile apps, more than over the web or with platforms like thinkorswim. Interestingly, TD found that the highest number of trades occurred around Fed announcements of whether to raise rates.

FINRA’s newly minted crowdfunding and online portal rules became effective on Friday. FINRA’s rules, for which the SEC received three letters of support, requires that crowdfunding companies adhere to the regulator’s rules, including mandatory arbitration. Additionally, these companies will have a less complex registration process than full-service broker/dealers. Getting FINRA’s rules in place is one of the final steps needed in order to make the Securities and Exchange Commission’s final rules around crowdfunding and online portals viable when they go into effect in May.

Falling From the Summit

The former COO of Atlanta-based Summit Wealth Management and a business partner were indicted this week on charges of running a $35 million investment fraud, the Atlanta Business Chronicle reported. The indictment states that Angelo Alleca, the president and COO of Summit Wealth Management, lied about money in funds being invested in hedge funds and debt securities and managed by professional investment advisors. Instead, according to the federal government, Alleca lost a substantial amount of that money in securities trading. He also used the money to operate Summit, making interest payments and redemptions to earlier investors, and to pay personal expenses. Mark Marrow, who served as administrator of several of the funds, created fraudulent account statements that were mailed to investors showing gains, while in reality there was no money in the funds. As a result of the fraud, more than 300 investors lost a total of more than $35 million, the indictment states.