Nearly half of advisors (46 percent) gave their RIA firms a passing grade on their diversity programs, according to a recent Schwab Advisor Services survey of 571 advisors. Another third of advisors say they’re not sure what their firms’ diversity programs or policies are, while 6 percent say the programs are disappointing. Only 15 percent gave their firm outstanding scores.

In other words, if the principal of a firm believes in having a diversity program and recruiting diverse advisors, the firm is more likely to be successful at it. Successful firms are often those with lead advisors who are diverse, or those where the lead advisor makes diversity part of the mission statement and messaging of the firm, Hathi said.

Hathi is optimistic that the industry will become more diverse, but there are still underserved segments of the investor population—a big opportunity for advisors.

Only 14 percent of advisors believe the RIA industry is better than other industries in having recruiting policies that encourage a diverse workplace. Sixty-nine percent say the industry’s about equal, while 17 percent say it’s worse. 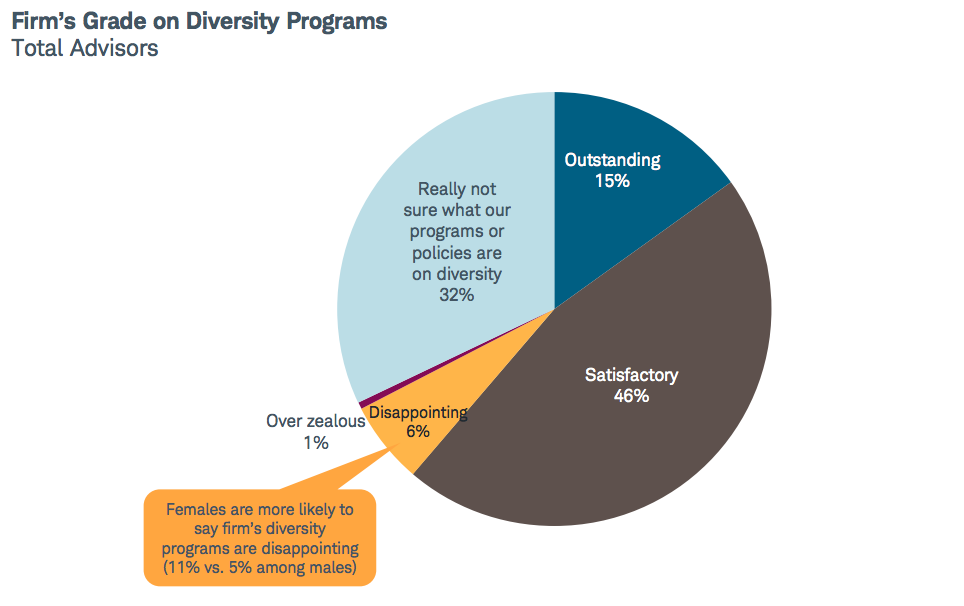