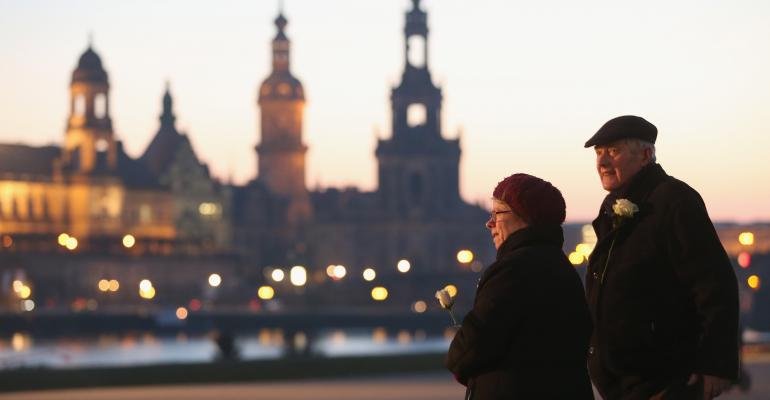 Yes, there is a shortfall in retirement savings, but a recent Blackrock investor poll suggests many aren't aware of it. More than seven in ten investors expect to be able to travel as they wish and are sure they will feel financially secure in retirement. More than eight in ten feel they will have the leisure time to pursue their hobbies and interests. Yet people nearing retirement have saved an average of $136,000, yielding an annual income of $9,000. Social Security will add some to that, but not much. "This is not necessarily a retirement income gap; it’s an expectations gap," says Ben Carlson, on his Wealth of Common Sense blog. And there is no magic bullet; either ramp up savings dramatically later in life, work longer or lower expectations for your final years. "Not everyone is going to be able to live on the beach or travel at will," he writes. The danger is that desperate near-retirees will see the shortfall when it's too late, throw a hail mary pass and invest in all the wrong, risky securities late in life, which may make things worse.

A Democratic senator from Montana is being accused of flipping his stance on a fiduciary rule for brokers after taking $2.3 million in campaign donations from the financial services industry. In an opinion piece for the Montana Independent, Dan Brooks notes Sen. Jon Tester, a member of the Senate Banking Committee, voted for Dodd-Frank when it passed in 2010, and supported that act's call for the Securities and Exchange Commission to provide a uniform fiduciary standard that applies to both brokers and RIAs. But earlier this year Tester came out saying there are “real problems” with the Department of Labor’s proposal for brokers to retirement accounts, and in an August letter sent to Secretary Perez warned that it may act at "cross purposes" to its intent. Brooks doesn't buy it. “By staunchly opposing the fiduciary rule, Tester appears to have served his own financial interests at the expense of those of his clients, the voters of Montana,” he wrote, calculating that the financial services industry has given Tester about $3.50 for every Montana voter in 2015 alone.

HD Vest, an independent broker dealer $36 billion in assets under management, announced that it would arm its 4,600 advisors with the second generation of Wealthcare Capital Management’s Financeware. Wealthcare released Financeware 2.0 in November, touting significant upgrades to the goals-based investing and financial planning software, such as support for mobile devices, a new user interface and a new interactive planning tool called the "Dreamboard." HD Vest will get a customized version of Financeware 2.0 to fit the company’s proprietary workflows. Scott Rawlins, HD Vest’s managing director of sales, said the new software fulfills client demand for “highly personalized life planning, tax management and integrated investment portfolios tailored to their individual goals and profiles.”

Millennials who attend four-year colleges and come from a higher socio-economic background tend to rely on their parents more for financial help than those who did not attend college or are poorer, a new study states. The study, published in the journal Social Currents, found that 41.4 percent of those between 25 and 32 were "stuck in a state of partial independence" as adult children who no longer live with their parents but still receive financial support from them. Those who did attend college - no matter their socioeconomic background - did eventually become financially independent by their early 30s, the study states. Those that received financial support from their parents throughout college were also more likely to move back in with their parents after graduating.