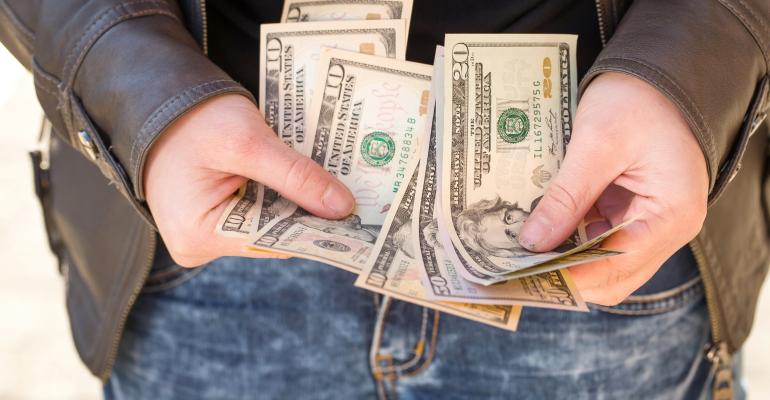 The Recession Made Millennials Tight Savers 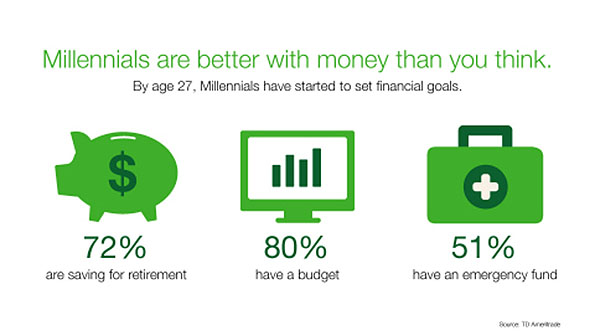 Financially speaking, millennials have more in common with the Silent Generation than they do with their baby boomer parents or grandparents. According to TD Ameritrade’s Millennials and Money Survey, growing up during the recession has taught millennials to save and be as financially conservative as the group that grew up during the Great Depression. Of the 1,000 millennials surveyed, 62 percent identify as savers and 80 percent have a budget. “Millennials were in a position to learn the value of financial preparation, having grown up in the aftermath of a recession,” said Matthew Sadowsky, the director of retirement and annuities at TD Ameritrade. “The qualities they have developed like budgeting discipline and a realistic outlook on retirement may well pave the way toward their financial future."

Concannon Wealth Management, an independent RIA managing $400 million in client assets, has joined the Dynasty Network, Dynasty Financial Partners announced. Concannon, based in Bethlehem, Pa., specializes in working with McDonald's franchise owners. Including managing partner Brad L. J. Griswold, Concannon has five financial advisors and a total staff of nine employees. Concannon will continue to use Schwab Advisor Services as its primary custodian, with Dynasty providing analytics and operational support. “Brad and the team at Concannon have been in the forefront of the RIA movement since their launch 25 years ago,” said Shirl Penney, Dynasty’s CEO. “We are looking forward to partnering with them to better serve their existing clients and to position their firm for future growth.”

A financial advisor from Dublin, Ohio, has been indicted on two felony charges for allegedly stealing $500,000 from an 81-year-old client. Jon Bret Schmidhammer, 62, allegedly transferred money from the client's investment accounts to her PNC bank accounts between January 2014 and July 2016. He then wrote checks to himself to pay personal bills, 10TV.com is reporting. Schmidhammer resigned from being an advisor with Stifel Nicolaus following his arrest last month, according to BrokerCheck.