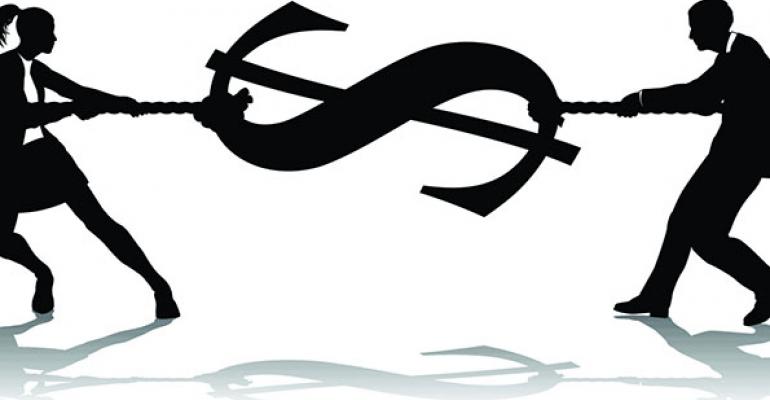 Not So Equal Pay

Based on the Current Population Survey from the Bureau of Labor Statistics, women working as personal financial advisors earned 61.3 percent of what their male counterparts earned in 2014. According to the report, that number is the largest average pay gap in any industry, edging out physicians and surgeons for the top spot. Taking a look at the overall numbers for female professionals, the income comparison saw women making 82.5 percent of what a man earned in 2014.

Most Mid-Sized RIAs Are Stock Pickers

The Robos Will Evolve, So Should You

Don't expect robo-advisors of the future to look the same as they do today. They will become simpler and smarter. That means not only will self-directed investors be using them, but so will all financial advisors, writes Russ Alan Prince for Forbes. That aligns with the views of Advisor Software Inc.'s Andrew Rudd: Robos won't be as disruptive as we think because advisors will figure out how to work with them, rather than against them.

Monday kicks off the 9th annual America Saves Week, where over 1,000 organizations will participate in a nation-wide effort to help educate the public on the importance of taking financial action.  Only about a third of Americans were making good progress toward meeting their saving needs, according to a 2014 survey by the Consumer Federation of America around the annual event. But the numbers of savers are going up and the CFA says they’re seeing “encouraging” changes in savings behavior over the last year. Check out all the action on Twitter using the hashtag #ASW2015.