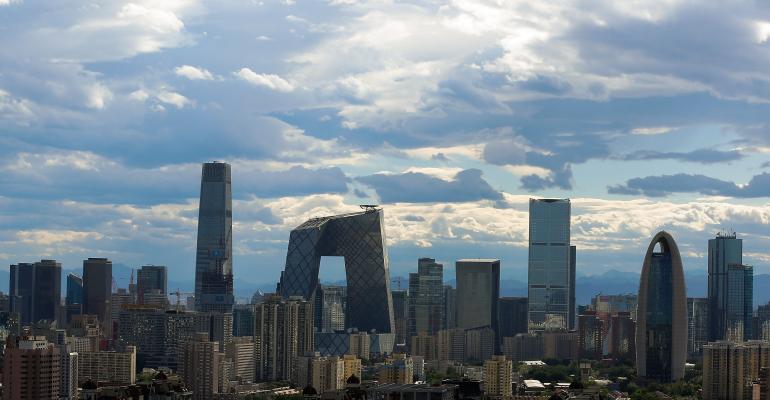 The New Billionaire Capital of the World

Beijing has sneaked past New York City as the home of the most billionaires, according to Shanghai-based magazine Hurun. Based on Jan. 15 stock prices, there are now 100 billionaires living in China’s capital compared to 95 in the Big Apple. If the calculations had been made before last summer’s drop in the Chinese stock market, Hurun founder Rupert Hoogewerf told the Associated Press that the number of Chinese billionaires would have topped 150. Despite the cooling of the Chinese economy, the country added 32 new billionaires last year, while New York gained only four. Moscow was third with 66. Overall, the number of billionaires grew by 99 to 2,188, a new record. The AP also pointed out that the data from Hurun does not match up exactly with Forbes’ billionaires list because of differing methodology.

Five years after she took over as division executive for the Greater New York area, Merrill Lynch’s Sabina McCarthy moved into a newly created role that reports directly to John Thiel, head of Wealth Management. McCarthy has been named vice chairman, focusing on bringing greater collaboration between Merrill’s advisor force and the bank’s capabilities, according to a memo Thiel sent around Tuesday afternoon. Jeffrey Tucker has been tapped to succeed McCarthy as division executive for the New York City Metro region.

The XY Planning Network (XYPN) announced a new partnership Wednesday to include Advizr, a New York-based financial planning software company, in its technology package. The network of Gen X- and millennial-focused advisors now includes direct access to Advizr as part of its membership fee. Michael Kitces, a co-founder of XYPN, said most financial planning software is focused primarily on retirement projections, something the network’s clients aren’t as concerned with. XYPN chose Advizr for its ability to create financial plans that cover cash flow, budgeting and debt management. XYPN is also joining Advizr’s advisory board to give input on the development of future functionality.

We thought we’d already covered all of the crazy things you can do with a loved one’s remains after death—but we thought wrong. At the recent funeral of Italian coffee magnate Renato Bialetti, who died last week at age 93, his cremated remains were presented to the assembled mourners in a giant Moka coffee pot, according to Fox News. Bialetti, whose family business manufactured the Moka, is responsible for spearheading the massive marketing campaign, including conceiving its mustachioed mascot that turned the aluminum stovetop pot into a symbol recognized the world over. Hopefully everyone in attendance brought their own coffee.