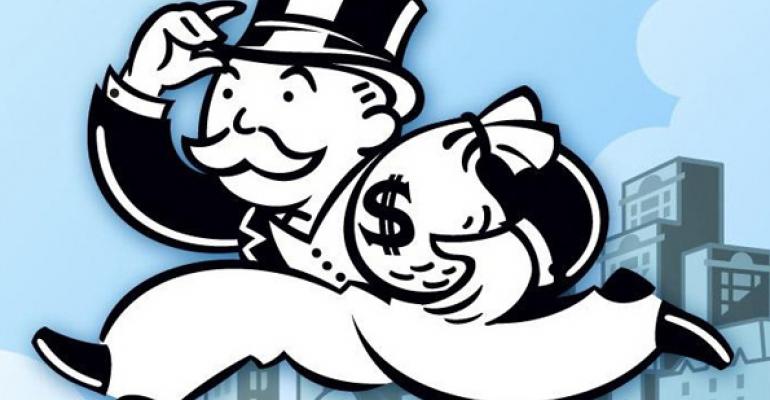 Money on the Move

Wells Fargo Advisors may be saying publicly it’s pleased with the arrangement it entered with Credit Suisse to recruit its 250 advisors, but $8 billion in assets have already flown the coop. Morgan Stanley announced Friday it picked up the biggest team yet to leave Credit Suisse–a New York-based team with three advisors and ten others that manage $5 billion in assets. The firm also hired another $610 million team, also in New York, away from Wells Fargo. Meanwhile, UBS Wealth Management snagged a Los Angeles-based team with $1.8 billion and a Boston team with over $300 million in assets. And Merrill Lynch claimed an advisor with $600 million. Yet in comments last week at SIFMA’s annual conference, head of Wells Fargo Advisors Mary Mack said the firm doesn’t expect all Credit Suisse advisors to find a home at Wells Fargo. “There will be some for whom it’s not a good fit based on the style of their practice. And there will be others for whom it’s a really good fit, and for those I’d like to get all of them.”

Advisor Quits to Focus on Those Who Really Need Advice: Millennials

In April, Dani Pascarella gave up her license with J.P. Morgan Chase to launch a website aimed at providing financial advice to a group she says needs it more: “doomed millennials.” Invibed.com went live this month and features content to help the younger generation improve their spending, saving and investing. "Student debt and defaults are soaring, Social Security may run out of money in 15 years, and wage growth is stagnant,” Pascarella said. “On top of all this, personal finance isn't taught in most schools--76 percent of young adults exhibit low levels of financial literacy.” The site will be debuting several original video series, including #BreakingBroke, which will be music videos aimed at motivating millennials to take control of their financial situation.

Millennials are more likely to splurge on a good meal or a vacation, rather than socking money away for retirement, according to a new study by Charles Schwab, Forbes is reporting. The survey, in which 401(k) participants were polled about their attitudes toward spending, saving and retirement, found that 44 percent of Millennials are not saving more money because they like to treat themselves to things like occasional dinners and vacations. That's compared to 34 percent of Generation X respondents and 29 percent of Baby Boomers. Student debt continues to be a big problems for Millennials, with 37 percent stating they can't save more because they're paying off their college loans. In addition, 49 percent said they don't save more because they don't know what their best investment options are. So they do nothing, or not enough.

Motif Investing launched Motif Capital Management, a subsidiary equity investment manager. The new branch will manage thematic investment strategies at wealth management firms, investment companies, endowments and family offices. “Themes such as an aging population, globalization, disruptive technologies and resource scarcity are constantly shaping the global economy,” said Tuhin Ghosh, the chief investment officer of Motif Capital. “Our goal is to partner with institutions to build and deploy investment strategies that benefit from the tailwinds created by these themes.” In a release, Motif Capital said it has a unique, systematic approach to investing that relies on data-driven insights, algorithmic portfolio design and technology.