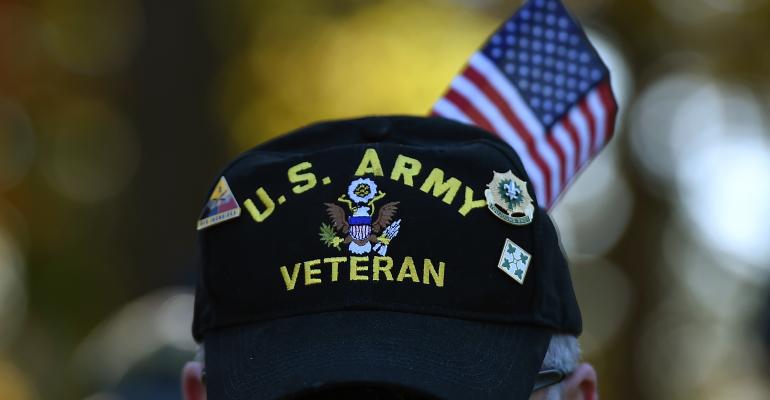 The military retirement system is on the verge of a major overhaul significantly increasing the number of veterans eligible for a federal pension, Fox Business is reporting. The plan, which Congress approved and President Barack Obama signed into law last month, makes all service members who serve at least two years eligible for retirement benefits. Previously, only those who served 20 years or more could take advantage of the plan. As a result, a veteran's retirement plan will now be calculated as 2 percent times the years of service, compared to the previous rate of 2.5 percent after 20 years. The military will also contribute 1 percent of basic pay to a service member's Thrift Savings Plan and match up to 5 percent of the member's contribution after two years of service, through the 26th year. After 12 years, a continuation pay bonus kicks in for those who commit to another four years of service.

The Financial Industry Regulatory Authority will increase the number of enforcement cases filed by 3 percent this year, but the level of fines assessed will drop. Sutherland Asbill & Brennan attorneys, led by Brian L. Rubin, laid out their predictions on how FINRA will end 2015. The securities attorneys said they expect the Wall Street regulator to file 1,443 cases this year, up slightly from the 1,397 filed in 2014. But fines will fall by 41 percent from the $135 million imposed last year. Despite that significant decrease, Sutherland attorneys say FINRA is on track to levy $80 million in fines, the second-highest amount of fines since the financial crisis. It seems the regulator is favoring restitution more this year. FINRA-mandated restitution will likely hit $90 million, a 73 percent increase from the $52 million in ordered in 2014.

Money market funds have been the beneficiaries of the run-up to the Federal Reserve's likely interest rate hike on Wednesday, CNBC is reporting. Based on data from Bank of America Merrill Lynch, money market funds have taken in $48 billion over the past four weeks and $212 billion in the second half of 2015. That continues the 10-week trend of positive inflows for the $2.7 trillion money market industry as the Federal Open Market Committee is expected to vote to raise rates. The jump in supply for money markets has come at the expense of both equity and bond funds, which both saw outflows of more than $6 billion in the past week. But while the rate hike is all-but a foregone conclusion, the unknown is what happens next. "What's most important about that meeting is not what the Fed does, but what they say," said Brian Rehling, co-head of global fixed income strategy at Wells Fargo. "The key theme over the next year ... is really going to be divergence."

The Kids Are Alright

A Bank of America survey of 3,500 millennials found that the generation is eager to pursue financial independence despite significant financial obstacles in their path. A third of those surveyed reported that the Great Recession affected them personally, and half of this group said it made it difficult to find a job and changed the way they think about saving, investing and spending. And though only 21 percent of millennial small business owners said their companies had fully recovered, 88 percent are optimistic that their business will grow and revenue will increase. Three-quarters are paying bills on time, more than half said they are putting money away for savings. John Jordan, Bank of America’s client experience and programs executive for preferred and small business banking at Bank of America, said, “while many millennials have major debit obligations, they are moving forward and making positive progress in their lives, and planning ahead for the future.