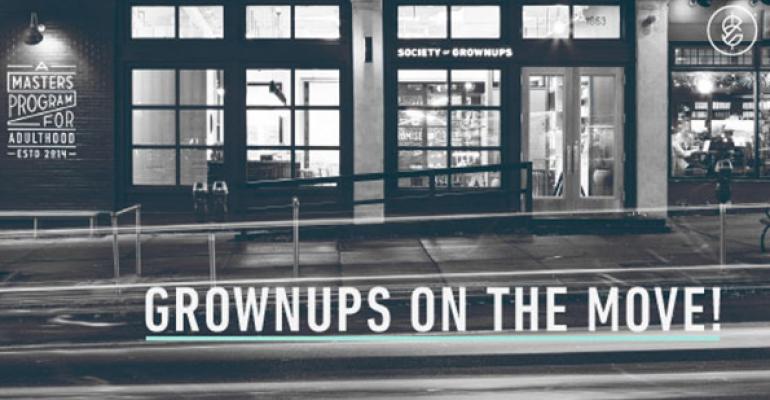 Massachusetts Mutual Life Insurance said it will expand its financial services startup geared toward Generation Y to 10 cities across the United States. The insurer's Society of Grownups is being backed by a $100 million investment that will help it open offices in New York and Philadelphia in 2016, followed by more outposts in the South and West. The Society is aimed at adults under 40, and charges as little as $10 for group chats such as financial planning classes and supper clubs (those cost $40/person), up to $100 for one-on-one 90-minute sessions with a financial planner. The Society currently has one office in Brookline, Mass., where more than 1,000 20-30 years olds have attended sessions and 350 have met with financial planners. “We are trying to do something very different, have started from scratch, and have seen real progress,”Mass Mutual Senior Vice President Gareth Ross told The Boston Globe.

One of the skepticisms robo advisors frequently encounter is whether they will ever gather enough assets to give a positive return to the venture capital backers. Blooom, a relative newcomer to the online investment space that focuses on assessing and managing 401(k) plans, decided to go a different direction. In its first year on the market, blooom accumulated $110 million in assets without raising any outside capital. Now that it’s proven it can grow organically, the company is ready to expand and announced Thursday that it raised $4 million in its first round of seed funding.

Women Lagging Behind on Retirement Preparedness

In its annual financial wellness report , California-based Financial Finesse has some worrying statistics for women: They are lagging behind men in investment knowledge, confidence and retirement preparedness. According to the research, there's a 26 percent gap in the savings of men and women when it comes to retirement planning. The example is based on looking at a typical man and woman at the age of 45 based on median income. Taking a look at numbers from the Bureau of Labor Statistics, a typical 45-year-old man will have a savings shortfall of $267,233 to meet average retirement expenses at 65, while that shortfall comes to $522,262 for a woman. “The cost of goods and services does not change based on your gender,” Davidson says. “Women need to know that they fundamentally will have to save more, on average, to adequately fund retirement compared to their male counterparts," said Financial Finesse CEO Liz Davidson. The report notes that women who use financial wellness programs have been making improvement since 2012, jumping 4.2 percent as to their confidence that they will meet their retirement goals.

If You Fall For This Email Scam, You Need Mandatory Help, Says Court

The Colorado Court of Appeals recently upheld some controversial precedent in the area of conservatorships when it ruled that a man without any medical issues or documented psychological impairments was nonetheless declared unfit to manage his property or business affairs, according to The National Law Review. The expert testimony in the initial case came not from a doctor, but from a CPA, who deemed the man, who was bilked out of roughly $500,000 by email scammers, could no longer manage his assets and required a conservator. The man appealed on the grounds that medical evidence was required for such a decision. The court rejected this argument, noting the law only requires a demonstration of the individual’s inability to properly receive or process information, not the reason behind that inability. Litigation in this area is increasing, and although the standards vary wildly from state to state, it’s important to be aware of the more unusual decisions coming from the courts.