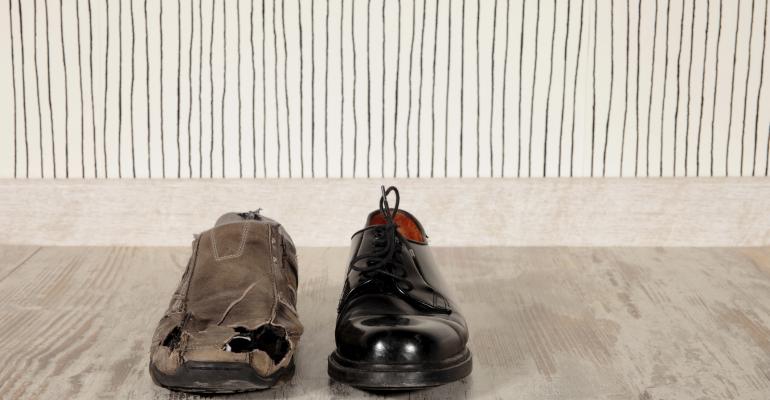 Lessons From The Former Ultra-Rich

From July 2014 to July 2015, 45 percent of the ultra-wealthy in the United States lost some of their fortune, according to Wealth-X. Eleven percent said they lost more than half of it, totaling about $760 billion during that 12-month period. While the reasons for the drop differed, the New York Times says many were cases of having too much money tied in one investment and too little in a liquid investment like cash. “Every financial advisor in the United States says you’ve got to diversify,” said Mykolas Rambus, chief executive of Wealth-X, adding that the irony is that overconcentration of assets is often how these people made their wealth in the first place. “There is a lesson here about volatility and concentration. Rewind to the dot-com crash. There were plenty of folks who were seriously overexposed to tech and lost their shirts.”

A Brief History of Fed Leaders and Interest Rates

When the Federal Reserve decides to raise interest rates this week – strike that, "if" the committee decides to raise rates – it will be the first time in nearly a decade that the federal fund rate will be rising rather than dropping. The New York Times details the ebbs and flows of interest rates as decided by the FOMC and their fearless leaders, dating back to Paul Volcker's decision decision to raise the Fed's benchmark rate by 4 percentage points in a single month in October 1979.

The heirs of Yu Pengnian, a billionaire and one of China’s most notable philanthropists, are settling in for a brawl over his estate, according to EJ Insight. Yu died last year at age 93 and donated his entire fortune, bar a few valuables in a safety deposit box, to charity, a bequest consistent with a public pledge he made in 2010. His two sons, Peng Yafan and Peng Xihan, have filed an objection to the will, while sole executor and great grandchild, Peng Zhibing is trying to have the document validated by the high court in accordance with Yu’s wishes. If the sons’ challenge is successful, they will each get 50 percent of Yu’s fortune.

Good days at work are often triggered by progress, while bad days tend to include setbacks, according to a Harvard Business Review analysis of 12,000 diary entries by over 200 people. Progress was reported on 76 percent of what folks characterized as good-mood days, while setbacks occurred on only 13 percent. “Whether they are trying to solve a major scientific mystery or simply produce a high-quality product or service, everyday progress—even a small win—can make all the difference in how they feel and perform,” Teresa Amabile and Steven J. Kramer write on hbr.org.