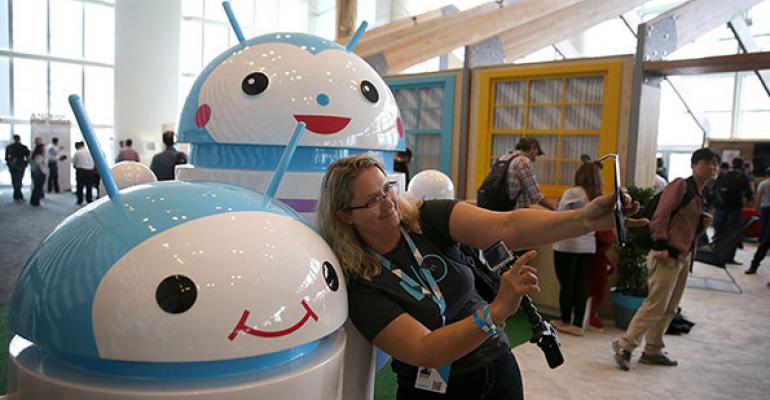 Financial technology is booming. CB Insights reported that global investment in fintech companies grew from $4 billion in 2013 to $12 billion in 2014. The majority of that money is coming from traditional banks and insurance companies, but the two biggest fintech spenders are actually the investment arms of Google and Intel. The hottest areas are mobile payments and security, but there is still speculation that Google is interested in getting into the robo-advisor game. One of Google's recent investments, a startup building a Google-style search engine for choosing stocks, could be a step in that direction.

Senator Elizabeth Warren blasted the Securities and Exchange Commission chair in a 13-page letter released Tuesday. The Massachusetts senator criticized Chair Mary Jo White for allegedly failing to uphold the promises of tough enforcement made during her confirmation, going as far as to say White lied to Warren. Specifically, Warren beat up White on the SEC’s failure to finalize Dodd-Frank rules, granting waivers to companies guilty of wrongdoing, and allowing financial firms to settle charges without admitting guilt. White responded in a statement, calling out Warren’s “mischaracterizations” of the agency and cited the regulator’s 755 enforcement actions brought in 2014 that resulted in a record $4.1 billion in penalties and disgorgement.

People who dress in formal clothing tend to think more abstractly than those in casual clothing, according to a study by Columbia University and California State University, Northridge. The universities surveyed undergraduate students and found that those wearing formal attire scored 5.04 on a scale of 1 to 10 of a type of thought process that measures abstract thinking, versus 3.99 for those wearing casual clothing, according to the Harvard Business Review, which cited the study. Abstract thinking allows people to focus more on long-term goals, rather than short-term goals, HBR writes, the sign of a good advisor or investor.

Cheating is a Financial Problem

Financial dependency could have a direct correlation to infidelity, according to a new study released this week in the American Sociological Review. Christin L. Munsch, who works as an assistant professor at the University of Connecticut, concluded that for both men and women, economic dependency is associated with a higher likelihood of cheating. “But the influence of dependency on men's infidelity is greater than the influence of dependency on women's infidelity,” writes Munsch. “For economically dependent persons, infidelity may be an attempt to restore relationship equity; however, for men, dependence may be particularly threatening. Infidelity may allow economically dependent men to engage in compensatory behavior while simultaneously distancing themselves from breadwinning spouses.” The study analyzed data from the National Longitudinal Survey of Youth, a nationally representative sample of 9,000 people. The research focuses on results from when the respondents were between 18 and 32 years old.