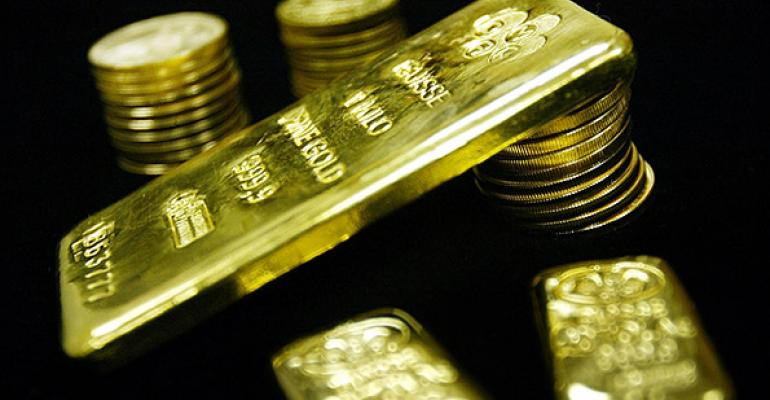 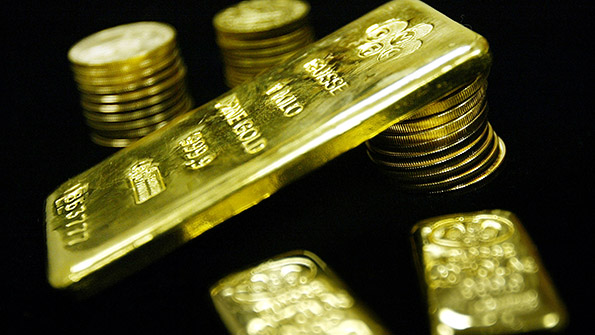 The doom and gloom about the markets and a potential coming recession are doing nothing to help gold prices. According to ETFTrends.com, gold dropped 1.3 percent Monday and is down 4.5 percent during the past three months. The bearish forecast is only going to continue, Tom Lydon writes, as the Federal Reserve prepares to raise interest rates, pushing the dollar higher. Higher rates would further diminish gold's attractiveness because the metal does not pay interest like fixed-income assets. Overseas, in India and China, the demand for gold is faltering as well, further adding to its decline. “India’s gold buying in the key December quarter is likely to fall to the lowest level in eight years, hurt by poor investment demand and back-to-back droughts that have slashed earnings for the country’s millions of farmers,” Reuters is reporting.

Natixis Global Asset Management has announced that they will be offering a big college assist to some of their tenured U.S. employees. The company, which is headquartered in France, will contribute $5,000 to every full-time U.S. employee who has been at Natixis for at least five years and has outstanding Federal Stafford or Perkins Loans. In addition, eligible employees have the opportunity to earn $1,000 each year over the next five years toward their student loans, should they remain with the company. "At Natixis, our mission is to help people make the right financial planning decisions that allow them to meet their goals, and that includes extending the spirit of that mission to our employees as significantly as we can,” said John Hailer, President and Chief Executive Officer of Natixis Global Asset Management in the Americas and Asia.

According to Italian news source The Local, the stray cat population of the city of Bologna has recently experienced an unexpected windfall. Late city resident and apparent cat-lover Fiorella Scannabissi bequeathed her fancy apartment (featuring seven rooms and a garage) to the city’s stray cats. The cats won’t live in the apartment—that would be crazy. It will instead be sold by the local city council with proceeds going towards Bologna’s cattery (you learn a new word every day). According to employees, donations will likely go towards building a bigger cattery “in which each cat would have its own room and maybe a little garden area.”