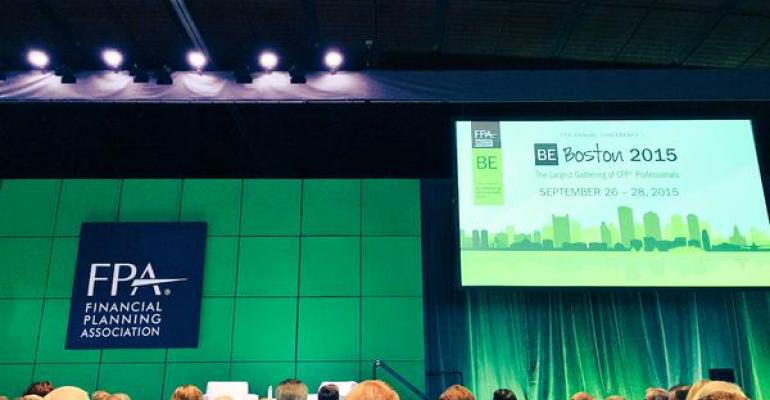 The Financial Planning Association’s board of directors elected Houston-based advisor Shannon Pike to serve as the organization’s next president-elect and three additional board members during its annual conference in Boston.

Prior to his election during the FPA’s annual conference in Boston over the weekend, Pike served as a member of the FPA of Houston’s board of directors. During his six year tenure, Pike worked as the chapter’s membership director, president and chair.

Candidates for president-elect go through a process in which they self-nominate themselves by reaching out to fellow board members, followed by interviews and the submission of an application and a written statement that Sandy says basically outlines "what their hopes and dreams are for their role as president and how they hope to lead the organization." The board then votes on the final candidates.

In addition to Pike’s election, FPA’s nominating committee—which is made up of both current and former board members and other FPA members in good standing—selected three new board members. Massachusetts advisor John R. (Dick) Power, California advisor Michael Standard and New Jersey advisor Todd Standard were selected to serve on the board for a three-year term. All three new board members will start their term January 1, 2016.

The FPA’s 2016 board of directors will be comprised of 15 total members, including the three members selected and FPA CEO and Executive Director Lauren Schadle.

Before voting on potential board members, a nominating committee—selected and approved by the board of directors—reviews and interviews all applicants. Sandy noted it was an "intense process" that starts with an application submission period. The committee then conducts recorded interviews with all the candidates. When selecting the finalists, the committee also weighs the qualities and viewpoints needed on the board when current members’ terms expire, such as legal or tax expertise, to maintain a board of directors with diverse backgrounds, Sandy says. The board then votes on the finalists.

"We've really stepped up our process over the last couple of years and have made our application much more detailed," Sandy says.