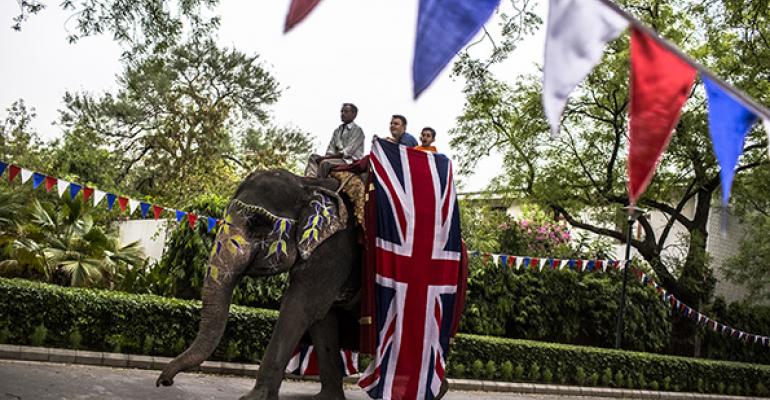 More than three out of every four Americans living abroad say that taxes will play an important role in the next presidential election. In a recent poll of over 400 expatriate clients, the deVere Group found 78 percent say they would vote for a presidential candidate who vowed to consider an overhaul of the U.S. citizenship-based tax system. Generally expats living abroad have to pay both U.S. taxes, as well as taxes to the country in which they currently live—and many live in high tax jurisdictions such as the United Kingdom and Canada. “The citizenship-based taxation system financially discriminates against Americans who happen to choose to live and/or work outside U.S. borders, as is their right,” says Nigel Green, the founder and chief executive of deVere Group.

Bank of America on Wednesday reported the sudden departure of Bruce Thompson, who had served as chief financial officer for over five years, as well as the retirement of David Darnell as head of the bank's global wealth and investment management. But is there more to this management reshuffle than meets the eye? Writing on Seeking Alpha, financial blogger Achilles Research says surprise CFO departures are always a reason for concern. He adds the changes raise questions about whether Thompson's departure is linked to Bank of America's internal control failures earlier this year.

Climbing the Mountain to Wealth

A lot of advisors write books as a way to market themselves and bring in new business. Advisor Jay Hack from Farmington Hills, Mich., decided to use his love for mountain climbing to educate investors in his new book The Steady Climb, according to The Oakland Press. So what can investors learn from mountain climbing? For one, to navigate the markets, you need a trusted and experienced guide, as you also do for navigating rocky terrain. Investors should also take a long-term view when assessing risk, the publication writes, an important skill to have in mountain climbing.

Advisors in New York working on life plans for clients, take note: The family of a Bronx woman was recently awarded $115,000 in compensation from the city of New York after her body was mistakenly shipped to Albert Einstein College of Medicine for Study in 2014. Though the funeral home initially told the deceased’s son that he had until June 16th to make funeral arrangements, on June 3rd they sent him a notification that his Mother’s body had been shipped to the college to be used as a medical cadavar. In New York, a funeral home doesn’t require familial consent to send a corpse to a medical school for research, only that a body remain unclaimed for 14 days before doing so. A revision of this law is currently pending.