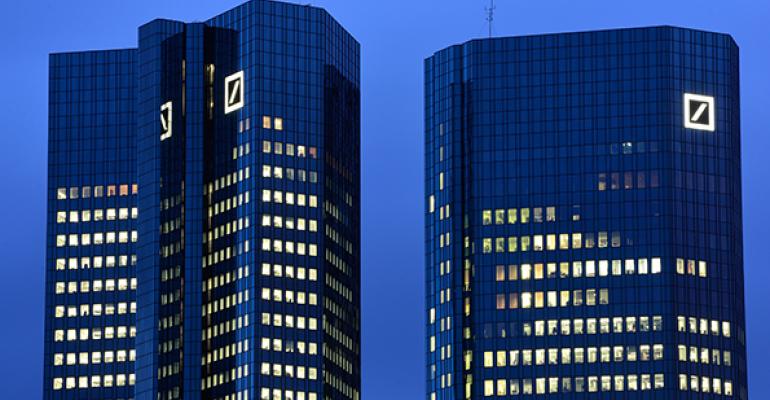 Patrick Campion is returning to Deutsche Bank. Campion has been named Head of Wealth Management in the Americas, reporting to Fabrizio Campelli, global head of Deutsche Bank Wealth Management. Campion previously worked at Deutsche Bank for two years starting in 2005, according to the Wall Street Journal. He left nine years ago for HSBC, where he served as CEO of the U.S. Private Bank. At Deutsche Bank, Campion replaces Chip Packard, who left in March following a reconfiguration of the wealth management unit and the bank's sale of its U.S. private client services business to Raymond James. The bank is focusing its wealth management efforts now on ultra-high-net-worth clients in key areas of the West Coast, Texas and Miami.

Minneapolis-based DSG Wealth Management, run by former Merrill Lynch advisors, has joined HighTower, the RIA partnership platform founded by Elliot Weissbluth. The firm, led by Denver Gilliand, has some $315 million in AUM and focuses its practice on “family office services, trust and estate planning, customized credit and lending and luxury goods acquisition,” according to a press release. Prior to the move, Gilliand was Senior Vice President for Merrill Lynch's Private Banking business and a former managing director with U.S. Trust Company. This is the first firm in the Twin Cities to join HighTower.

"Big Bang Theory" star Kaley Cuoco’s recent divorce settlement aptly demonstrates the benefits of prenuptial agreements for high-net-worth individuals. According to settlement documents obtained by TMZ, Cuoco, who married now ex-husband Ryan Sweeting just months before signing a $72 million contract with CBS, has managed to keep just about all of that money in the split, in addition to the couple’s two houses, because of her well-drafted prenuptial agreement. Sweeting apparently walked away with only $165,000 and some other minor concessions. Just as importantly, the agreement appears to have included terms limiting Sweeting’s ability to receive spousal support (for which he filed and looks to have been denied). Though prenuptial agreements maintain a bit of social stigma, the protection and peace of mind that they can offer HNW clients shouldn’t be overlooked.