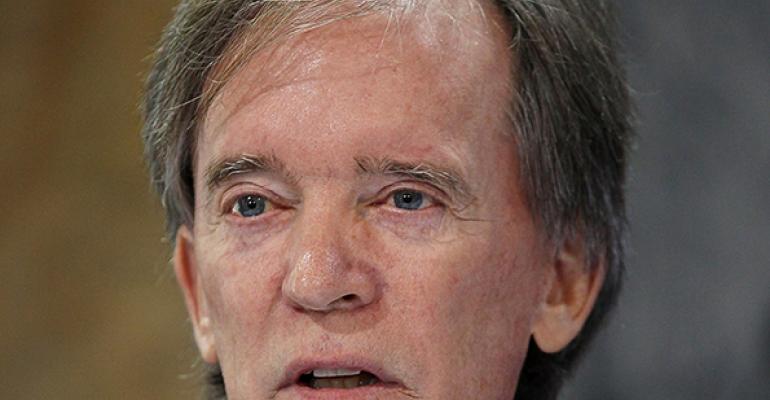 The Daily Brief: Fall of the Bond King

Much has been written about Bill Gross and his departure from the firm he founded 40 years ago. Now, Bloomberg does a deep dive into the drama, interviewing 25 current and former employees and associates revealing new details. Gross was obsessed with finding and firing those inside PIMCO who leaked details of his clashes with other PIMCO executives, carrying around a three-ring binder of printed-out emails and hand-written notes. He opposed the firm’s move into stocks and real estate and finally left before managing partners, concerned about his erratic nature, could fire him.

How Valuable Are You?

A recent study by the National Bureau of Economic Research questions the value of financial advisors, finding that most push clients to take on too much risk and largely fail to customize portfolios to match a client's risk profile and time horizon. Instead, they use similar portfolios for all their accounts regardless of the individual situations. The study analyzed the impact of advisors on Canadian households, CBS Money Watch reports. The researchers found that an advisor tends to structure client portfolios as he would his own.

New research from GMO, a Boston asset manager, questions a fundamental axiom of investing: Higher risk yields higher rewards. Researchers found the opposite to be true. The riskiest 25 percent of stocks from 1970 to 2011 logged an average annual return of about 7 percent, while the least-risky 25 percent returned 10.6 percent.

Are wealthy investors following you on Twitter? According to a recent survey by Spectrem Group, only 6 percent of ultra-high-net-worth individuals, and a mere 3 percent of run-of-the-mill millionaires, follow their financial advisor on Twitter. The survey of individuals with more than $5 million in net worth found that the wealthy are more likely to follow political commentators (45 percent), news commentators (40 percent) and financial and/or investment commentators (23 percent).