/sites/all/themes/penton_subtheme_wealthmanagement/images/logos/footer.png
Recent
Recent
Hybrid Work Was Supposed to Create the Best of Two Worlds. It’s Turning Out to be a Challenge for Office Tenants
May 25, 2022
Eight Must Reads for the CRE Industry Today (May 26, 2022)
May 25, 2022
Cresset and Meristem Merge to Create $27B AUM Multifamily Office
May 25, 2022
Know the Rules: State Residency and Taxation for Individuals, Trusts, and Estates
May 25, 2022
Featured
The 10 Best and 10 Worst States in Which to Retire in 2021
Jul 15, 2021
Poll: 15 Classic Books on Investing and the Markets
Apr 03, 2020
Fifteen Must-Listen Business Podcasts for Advisors
Aug 14, 2020
Celebrity Estates: Jay Leno and Planning for Classic Car Collections
Feb 22, 2022
The Daily Brief
brought to you by 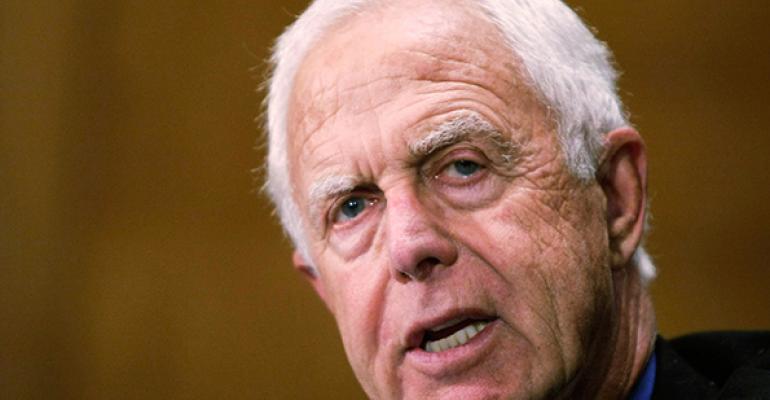 <p>Arthur Levitt Jr. has been hired by two Bitcoin firms as an advisor.</p>
Blogs

The Daily Brief: Bitcoin Grows Up

From Bitcoin's beginnings five years ago, it's been all about sticking it to the man and the financial establishment. Until now. Two Bitcoin companies, BitPay, a payment processor, and Vaurum, an exchange for institutional investors, have hired Arthur Levitt Jr., who served as the chairman of the SEC from 1993 to 2001, as an advisor. Levitt, 83, also sits on the board of Motif Investing and Bloomberg LP, and is a former advisor to Goldman Sachs and the Carlyle Group. “The brainpower behind Bitcoin technology and cryptocurrency is so deep and so challenging that I was attracted to it,” Levitt told The New York Times. “The fact that so few people in America understand what Bitcoin is made me interested in the possibility of helping define it.”

Half of financial services professionals give President Obama a below-average grade for his performance on issues of concern for the U.S. financial services industry, including 30 percent who give him a failing grade, according to a recent survey by ConvergEx Group. Forty-six percent graded Congress below average on issues of concern to the industry.

The most expensive ticket in the NBA this season isn't in New York, Los Angeles or Miami. It's in Cleveland, thanks to Lebron James returning home, according to an analysis of SeatGeek prices by Bloomberg Businessweek. The average resale price for tickets to watch the Cleveland Cavaliers play jumped 242 percent from last season to today, up to $280.62. The second-highest ticket is for the New York Knicks, which at $115.77, is 60 percent less than Cleveland. And if you thought you'd just walk up and buy a seat to tonight's Knicks-Cavs game in Cleveland, think again. The average price for a ticket to that game is $881.23. 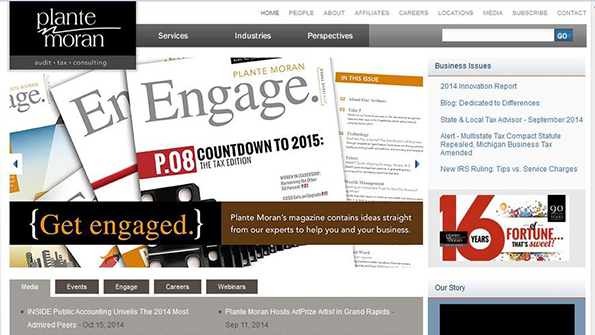 These Internships are Sure to be Competitive

Vault.com has come out with its best internships list for 2015, and the RIA Plante Moran made the list. Coming in at No. 6, Plante Moran hires more than 100 paid interns for its offices in Ann Arbor, Mich.; Cincinnati, Cleveland, Chicago and Columbus, Ohio. Also on the list: Northwestern Mutual (No. 5).