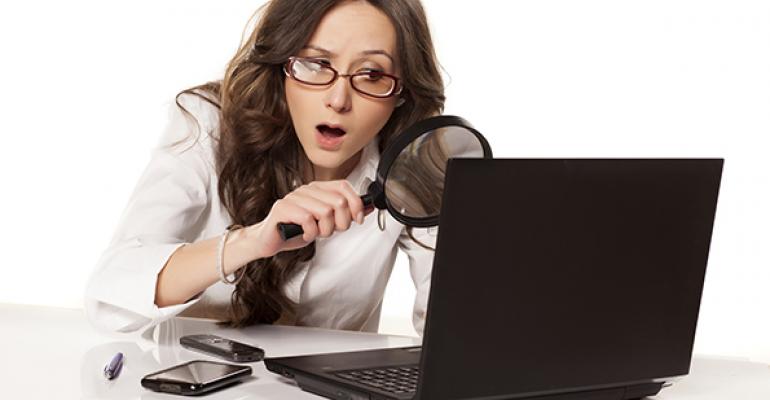 The Daily Brief: Behind the Screen

Just as an advisor should do due diligence on the investment managers he or she uses, prospective client's are being encouraged to screen their financial advisor before they hand over their money. Steven Abernathy and Brian Luster write on Forbes.com that prospects should ask potential advisors the following questions: Where are your investments? Why are you making that recommendation? And will you sign a fiduciary oath?

It's been said, many times, many ways that picking stocks to outperform the market is a fool's errand, as many fund managers discovered in 2014; what was supposed to go down went up, and vice versa. Bloomberg Businesweek breaks down how the main indices were driven by a handful of big stocks. For example, Apple, Intel and Microsoft all rose by more than 20 percent in 2014, while Amazon and Twitter, holders each of huge 2013 gains, dipped 26 and 45 percent, respectively. The S&P 500 only rose less than 7 percent, while the Russell 2000 and Dow Jones Internet Composite indices both dropped more than 2 percent each. “It’s been a really confusing year,” said Kim Forrest, an analyst at Fort Pitt Capital Group in Pittsburgh.