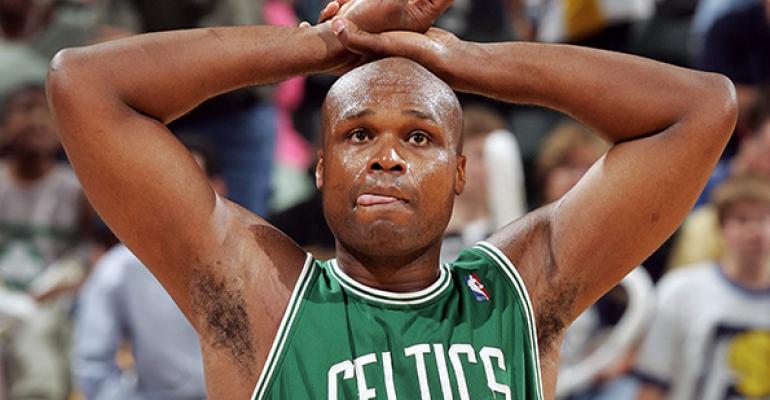 Antoine Walker Needed to Listen to His Financial Advisor

Former Boston Celtics power forward and NBA All-Star Antoine Walker talked to Bloomberg's Pimm Fox about how he lost $110 million, spending it on exotic cars, jewelry and handouts to a posse of "about eight to nine guys." He made a movie about his situation in hopes to helping others not to make the same mistakes. WATCH.

Former PIMCO chief Mohammed El-Erian writes for Bloomberg View about how technological innovations, along the lines of Uber's car service, can and will disrupt the financial services industry. And he's putting his money where his Macbook is, investing in Payoff, a firm seeking to help poorer households and small businesses get out from under debt burdens and costs.

Even more popular, in fact, than the U.S. According to an Aberdeen survey, financial advisors will allocate more money into emerging markets than the United States in the next year. Note: Aberdeen only surveyed 100 advisors.

There are now more bourbon distilleries in Kentucky than at any time since the end of Prohibition, according to a report by the Urban Studies Institute at the University of Louisville. Distilling is now a $3 billion industry in the state, the AP reports, employing more than 15,000 workers with more than 5.3 million barrels currently maturing.