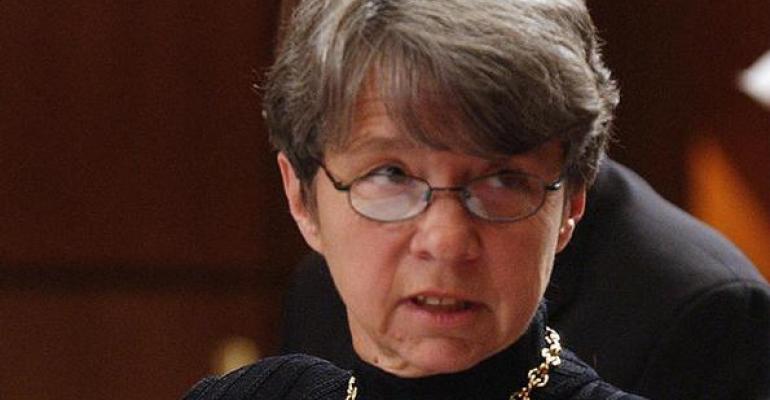 Mary Jo White, President Obama’s pick as the new SEC chair, is being grilled by Congress about her background as a prosecutor who represented many Wall Street firms, an early indication that White will have to prove that she can be tough on the industry. My guess is that (if confirmed) she’ll come out swinging as soon as she takes the helm, in order to assuage any concerns from Congress.

White has been criticized in the mainstream media for being a weak pick, with worries that she’ll be sympathetic towards Wall Street. But I think she’ll be tough enough as it is, without any extra push to prove herself. At the recent Financial Services Institute’s OneVoice conference, Greg Valliere, chief political strategist of Potomac Group, said White has a reputation for being a pit bull, and that there will be an adversarial climate between her and the industry.

From the New York Times’ Dealbook:

In a meeting on Tuesday with Senator Sherrod Brown, Democrat of Ohio, Ms. White did little to alleviate the fears.

“Senator Brown respects Ms. White’s credentials and experience, but is concerned with Washington’s long-held bias toward Wall Street,” his spokeswoman, Meghan Dubyak, said in a statement. “He pushed Ms. White,” to explain “whether her previous employment or her spouse’s current employment could cause her to recuse herself from key business facing the S.E.C.” The agency has already fallen behind in writing dozens of new rules for Wall Street.

White’s confirmation hearing is scheduled for the week of March 11, according to published reports.