/sites/all/themes/penton_subtheme_wealthmanagement/images/logos/footer.png
Recent
Recent
London Gets Back to the Office, But Bankers Drag Their Heels
Jan 24, 2022
Seven Must Read for the CRE Industry Today (Jan. 25, 2022)
Jan 24, 2022
What the Past Year Has Brought for a Newly Launched Investment Management Firm
Jan 24, 2022
City of London’s $10 Trillion Chinese Hub Plans for Growth
Jan 24, 2022
Featured
The 10 Best and 10 Worst States in Which to Retire in 2021
Jul 15, 2021
Poll: 15 Classic Books on Investing and the Markets
Apr 03, 2020
25 U.S. Markets Adding the Most Multifamily Units This Year
Feb 03, 2021
Fifteen Must-Listen Business Podcasts for Advisors
Aug 14, 2020
FSI OneVoice
brought to you by 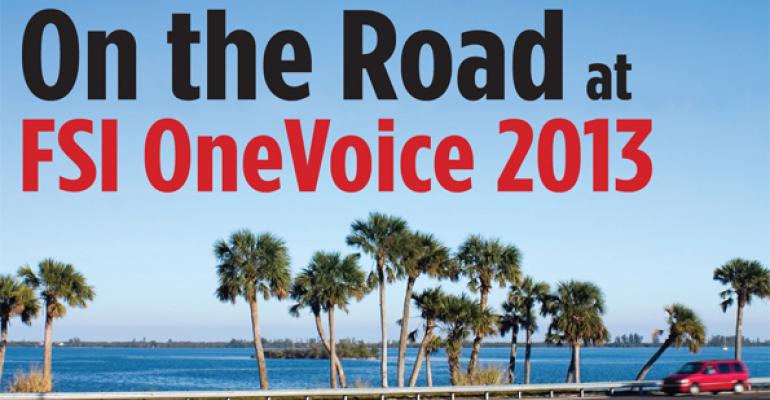 On The Road at FSI: ‘The Fundamentals Look Remarkably Good’

The environment in Washington is not as bad as the media has made it out to be; in fact, the fundamentals of the economy look remarkably good, said Greg Valliere, chief political strategist of Potomac Group. Valliere kicked things off at the Financial Services Institute’s OneVoice 2013 conference here in San Diego, Calif. this afternoon.

Valliere painted a positive picture of the political environment in Washington and of the markets to FSI’s record 750 attendees. He expects GDP to grow to 2.5 percent by the second quarter of this year, and the unemployment rate to drop to 7 percent by the end of 2013. In addition, rates are low; there’s no sign of inflation; and the auto, manufacturing and housing sectors are looking good.

A positive for clients, Washington is finished with tax hikes for some time, with Republicans unified on that. In fact, the potential for any tax reform is below 50 percent, Valliere. If we were to see some form of tax reform, it would not be revenue-positive, but revenue-neutral, he said. With no big new taxes on the horizon, advisors can help their client plan with some level of certainty.

The Federal Reserve will remain accommodative for a long time, Valliere added. They won’t even start talking about hiking the federal funds rate until the unemployment rate gets below 6.5 percent.

Valliere said 98 percent of the Bush tax cuts have been enshrined into law, a feat he gives the Republicans credit for. He also credited the Republicans with getting the budget deficit to fall sharply. As a percent of GDP, it will drop to 6 percent this year and to about 3 percent in two to three years.

The newly appointed SEC chair, Mary Jo White, will not be positive for the financial services industry, Valliere said, because of her reputation for being a pit bull. He believes there will be an adversarial climate between her and the industry.