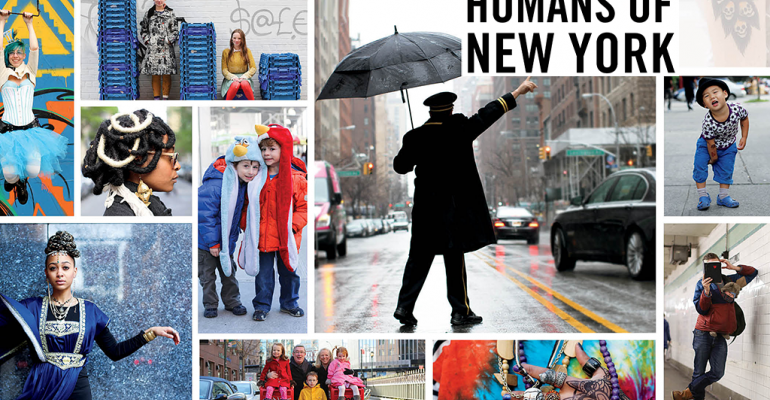 It seems cold calling is not as dead as the industry would like to think.

In a recent post on the popular Humans of New York website, photographer Brandon Stanton captured a moment with AXA advisor Mike Grady, who candidly spoke about the struggles young advisors face while attempting to build their client base in today's environment. 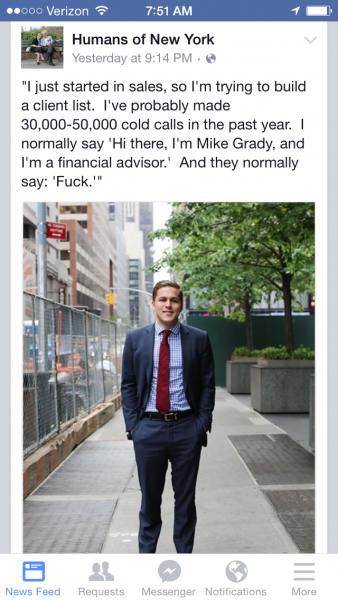 Seems some things never change. According to BrokerCheck, Grady has been with AXA Advisors since February 2014. Prior to that, Grady worked as an intern at the firm, according to his LinkedIn page.

The post was removed from Humans of New York on Tuesday afternoon (although cached versions of the post still exist). When reached for comment, Grady said post had to be removed as it was not compliance approved.