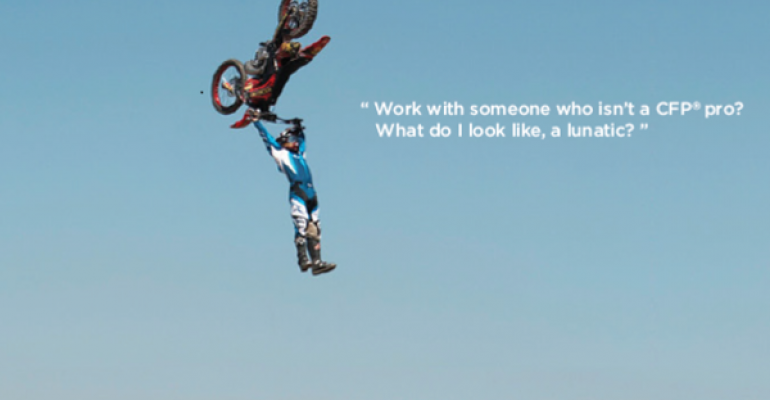 Five years later, just over a third of investors recognize the certified financial planning certification unassisted, up from 17 percent who could when the organization’s massive brand awareness launched in 2011.

The Certified Financial Planner Board of Standards released the results of its annual brand tracking report on Tuesday, which found unaided awareness of the CFP mark rose 4 percentage points from 30 percent in 2014 to 34 percent this year among its target audience. The survey tracks awareness among mass affluent initiators, a target group of investors aged 35-64 with assets between $100,000 and $1 million who are more likely to seek help in managing their finances, according to the CFP Board’s research.

The preference for an advisor with a CFP certification, however, has more than doubled since 2011, according to the survey. In this year’s report, 52 percent of mass affluent initiators said they preferred to work with someone with a CFP, up from the 22 percent who reported a preference in 2011.

Additionally, more than 69 percent of the target audience said they would insist their financial planner hold the CFP certification, compared to only 49 percent who said they’d require their advisor to hold a certified public accountant (CPA) designation. Just over half of the investors from the target audience surveyed said they intended to use a financial planner with a CFP designation.

The CFP Board launched its national public awareness campaign in April 2011, spending about $10 million a year on paid advertising. It runs radio and television advertising on channels like Fox, CNN, HGTV and NBC Sports twice a year, in spring and fall, to coincide with tax season and end-of-the-year planning. Digital, social media and print advertising featuring the board's new “extreme” campaign appear throughout the year.