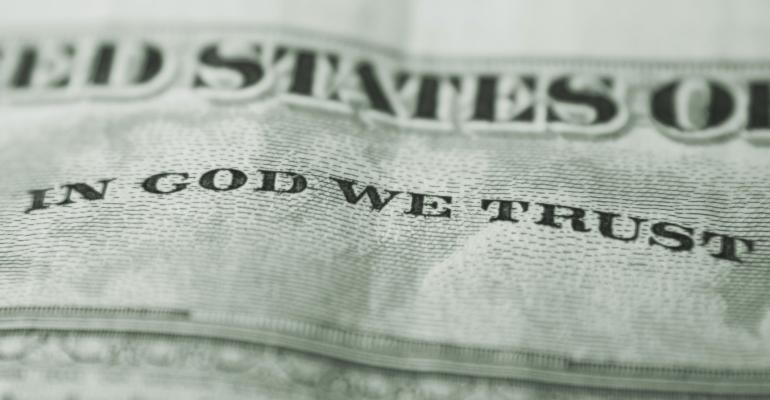 Cash Was King in January

Over 93 percent of investors on Openfolio, a platform for investors to share portfolios and performance, lost money last month. The few who had positive returns held more in cash, according to a MarketWatch report based on Openfolio data. The investing platform found that those who made money held an average 19 percent in cash, compared to 9 percent for those who lost money. The large cash positions helped “while the investments they did pick were some of the very few that finished positive in a month where virtually everything else was down.” Overall, investors lost an average 6.28 percent in January, while the S&P 500 was down about 5 percent for the month. The loss was due in large part to Openfolio investors’ exposure to tech stocks, such as GoPro, down 41 percent, and Twitter, down 27 percent.

Keeping on the Straight and Narrow

Bringing on additional accountants may keep financial firms in the clear with regulators, but a new study finds multiple auditors could lead to more questionable tax claims. Accounting firms such as Grant Thornton have made headlines in recent months as regulators crack down on auditor independence violations. And these may just be the tip of the iceberg, with stricter EU rules set to go into effect later this year. In essence, if an auditor reviews a company’s corporate financial statements they can't then provide other tax-related services to their clients, including preparing tax returns. But a recent study from the American Accounting Association shows that external auditors who also prepare a company’s tax returns claim about 30 percent less "aggressive" tax benefits than those who use other preparers.

Getting Ready for that Refund

Nearly half of Americans file taxes on their own, according to a new survey by GoBankingRates.com. The survey found that 34.5 percent use a digital tax prep tool like Turbo Tax, 8.5 percent calculate their own and 36.8 percent hire an accountant or use a firm like H&R Block. Eleven percent have a friend or family member do it for them and 9.2 percent don't file at all. Young millennials (ages 18-24) are the most likely to not file, typically because they are still in college or make too little from part-time employment. Of those millennials that do file, 10.3 percent say they file their taxes on paper, the same percentage of those ages 45-54.

A Side Biz to Meet Prospects

Georgia financial advisor Alfred Dingler can offer his clients a little bit of everything; in addition to his advisory business, he runs a suite of companies in “event planning, catering, wedding packages and divorce mediation services, plus educational services to students applying to college,” according to a profile in Investors Business Daily. Dingler even runs a community garden that attracts 6,000 visitors a year. He admits none of these sideline businesses are profitable, but “It’s all about meeting people,” he says. “We’re touching thousands of people with everything we do.”