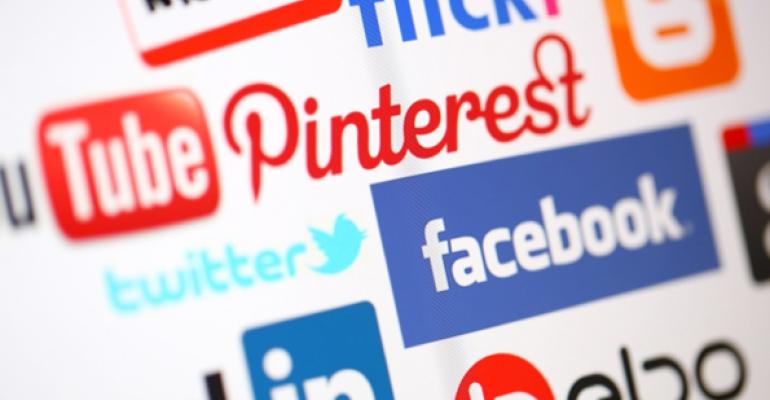 A Better Way to Invest in Social Media

Investors have been clamoring to get exposure to social media stocks, especially with the recent IPO of Twitter (TWTR), up 73 percent in its first day of trading. But S&P Capital IQ analysts are not favorable on many prominent social media companies, such as Facebook, Google and Twitter. And instead of getting exposure through pure-play ETFs, such as the Global X Social Media Index ETF, investors should look to more diversified technology ETFs, said Todd Rosenbluth, director of ETF research at S&P Capital IQ.

Out of the 2.4-2.7 billion people on the Internet, 1.2 billion of them are on Facebook, 300 million on Google Plus, 259 million on LinkedIn, and 232 on Twitter, said Scott Kessler, Internet software and services equity analyst at S&P Capital IQ. But investors want to know how that user base translates into dollars. B2B and B2C marketers plan to increase their social media marketing spend from 6.6 percent of their budget to 15.8 percent of their budget in five years, Kessler said.

Facebook, for example, has seen accelerating advertising revenue growth in each quarter for the last six quarters, predicated on what the company has done with respect to mobile, Kessler said. The company’s mobile advertising—which generated half of its ad revenue last year—has become not only more relevant, but also useful and helpful to users. The company’s IPO raised close to $10 billion in cash and investments, which it can spend on infrastructure, expansion, and also mergers and acquisitions.

While S&P Capital IQ sees the company as well-positioned, its shares are only “reasonably valued.” Kessler said there are questions about its valuation; in the third quarter, the company announced a decline in U.S. teen users from the second quarter of this year. “That’s a risk that people are concerned about.”

The analysts have a sell opinion on Twitter. While the company has revenue growth potential and strength in mobile, the platform is less easy to understand and use that comparable social media platforms, Kessler said. It also has a limited worldwide footprint. Three-fourths of Twitter’s user base is outside the U.S., yet those users generate just one-fourth of its revenue.

Kessler expects Twitter to continue to lose money through at least next year. The stock is currently trading at unsustainable levels compared to peers based on price to sales and the projection for three-year compound annual revenue growth.

While the Global X Social Media Index ETF (SOCL) is up 50 percent so far in 2013 and captured most of its $100 million in assets since August 2013, S&P Capital IQ is underweight the portfolio. Rosenbluth said it’s concentrated, with 75 percent of its assets in the top 10 holdings, including Facebook, Google, LinkedIn, Pandora and Twitter. He’s also concerned about its 0.65 percent expense ratio—pretty high compared to general equity ETFs.

Rosenbluth recommends more diversified technology ETFs for exposure to social media, such as the iShares U.S. Technology ETF (IYW), which was launched in 2000 and now has about $3 billion in assets. This is also a concentrated portfolio, but S&P Capital IQ is more favorable on its top 10 holdings, which include Apple, IBM, and Oracle, as well as Facebook and Google.

The Vanguard Information Technology ETF (VGT) is also another good choice, Rosenbluth said. A less concentrated portfolio with 53 percent of assets in the top 10 holdings, VGT has 250 more stocks than IYW. It also has a lower expense ratio of 14 basis points.