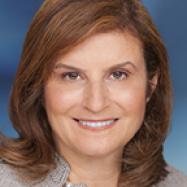 Gail E. Cohen, Chair of Fiduciary Trust’s Board of Directors and General Trust Counsel, has over 30 years of experience in the area of trusts and estates. She is a member of Fiduciary Trust’s Management and Operating Committees and is also Chair of Fiduciary Trust International of the South. Before joining Fiduciary Trust in 1994, Gail was a trusts and estates associate at the law firm of Debevoise& Plimpton. Previously, she was an associate at the law offices of Edward S. Schlesinger, P.C. Gail is a former Chair of the New York Bankers Association and sits on its investmentcommittee. She has the distinction of having served as the Association’s first woman Chair, as Vice Chair, and as Treasurer. Gail was named one of the “Top 50 Women in Wealth,” selected by AdvisorOne(2010 and 2011) and is a Fellow of the American College of Trust and Estate Counsel (ACTEC). She holds the Distinguished Accredited Estate Planner designation, has been elected intothe NAEPC Estate Planning Hall of Fame, and has been honored by the Trusts and Estates Lawyers Division of the UJA. Gail currently sits on the Investment Committee of the New York City Bar Association and is a former member of that Bar Association’s Committee on Estate and Gift Tax, which she chaired from 1998-2001. She serves on The Rockefeller University Committee on Trust and Estate Gift Plans, the Hospital for Special Surgery Advisory Council, the New York Historical Society Professional Advisory Committee, the Professional Advisory Committee of the Jewish Federation of South Palm Beach County, the Board of Trustees of theBoca Raton Museum of Art, and the Professional Advisory Boards of the Anti-Defamation League in Florida and Jewish Adoption and Family CareOptions (JAFCO). She has also served as an adjunct professor of law at Brooklyn Law School and is a frequent writer and lecturer for attorney groups, including University of Miami’s Heckerling Institute (2014), as well as Practicing Law Institute to the New York State Bar Association and Society ofTrust and Estate Practitioners. She received a Bachelor of Arts degree from Mount Holyoke College and a Juris Doctor degree, summa cum laude, from Brooklyn Law School. She is admitted to the Bars in New York and New Jersey.

Five Planning Questions for Clients Before Moving
Jan 13, 2021
Clients are increasingly on the move, here's some advice to give them before they start packing up.

A Year (Not) to Remember
Dec 18, 2020
Five lessons learned from unprecedented events.

Considerations for Non-Professional Fiduciaries
Apr 22, 2020
A checklist of responsibilities.

Move It or Lose It
Dec 18, 2019
How domestic migration may impact taxation of trusts.

How Tax Reform Could Affect Fiduciaries
Dec 13, 2017
Watch out for increased responsibilities.

A Higher Calling
Dec 21, 2015
Fiduciaries have regulatory and legal responsibilities, but shouldn’t forget about the beneficiaries they’re supposed to serve

That’s Not Fair!
Mar 31, 2015
Divvying up the estate among children doesn’t have to get ugly

A Quiet Year—But Change is on the Horizon
Dec 22, 2014
Trustees prepare for two new regulatory requirements

A Trustee’s Guide to the Uniform Principal and Income Act
Apr 21, 2014
Courts clarify how to properly use the power to adjust and the ability to make a unitrust election
Load More