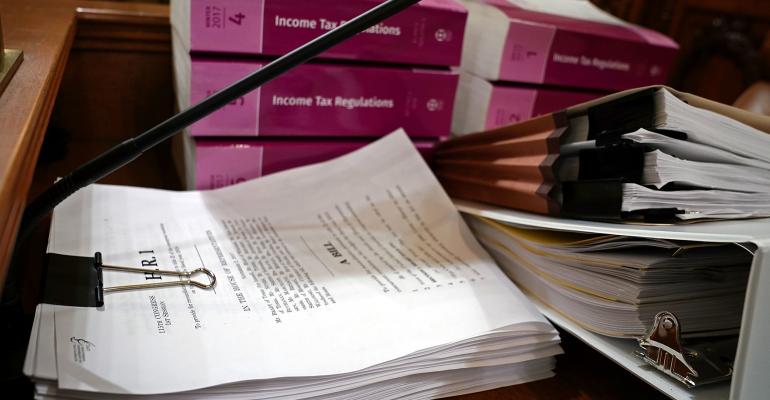 WASHINGTON, DC - NOVEMBER 06: Legislation and regulation books are stacked and ready in the House Ways and Means Committee hearing room ahead of a markup session of the proposed GOP tax reform bill in the Longworth House Office Building on Capitol Hill November 6, 2017 in Washington, DC. President Donald Trump said that he wants to sign new tax cuts into law before the end of the year. (Photo by Chip Somodevilla/Getty Images)
Wealth Planning>Estate Planning

How Tax Reform Could Affect Fiduciaries

Watch out for increased responsibilities.

On Nov. 16, 2017, the House passed the Tax Cut and Jobs Act (the Act). As of this writing, it appears that professional fiduciaries will be thankful for some parts of this massive tax reform, but perhaps not thankful for other parts. The Senate passed its own version of the bill on Dec. 2, but reconciliation, passage and signing into law aren’t assured. Nevertheless, the Republicans and the President were determined to have tax reform become law before the New Year. Here’s what