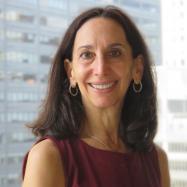 Dawn S. Markowitz is a legal editor at Trusts & Estates magazine. Prior to working at T&E, she was a legal editor at The National Law Journal and at the Institute for Continuing Legal Education. She was formerly a commercial litigator at Shea & Gould and Ashinoff, Ross & Korff, both in New York. She is licensed to practice law in New York.

No Estate Inclusion Due to Court Reformations to a Trust
Nov 02, 2015
After scrivener’s errors are fixed, transfers of assets constitute completed gifts for federal gift tax purposes and won’t be a part of a grantor’s assets

Estate Not Liable for Gift Tax
Oct 28, 2015
A transfer of shares to a closely held corporation as part of a settlement agreement was made in the ordinary course of business and for full and adequate consideration

Disclaiming Trust Distributions
Oct 06, 2015
If made within a reasonable time, such action doesn’t constitute a taxable gift

It’s Settled
Jul 27, 2015
Seventh Circuit finds no abuse of discretion in not vacating agreement between IRS and estate

No PLRs Forthcoming on Certain Basis Adjustments in Grantor Trusts
Jun 16, 2015
IRS won’t issue private letter rulings on this matter until it resolves the issue through revenue procedures or regulations

Irrevocable Gift Splitting and GST Tax Decisions
Jun 09, 2015
Whether a taxpayer can reallocate certain transfers to trusts depends on whether the statute of limitations has expired
Load More