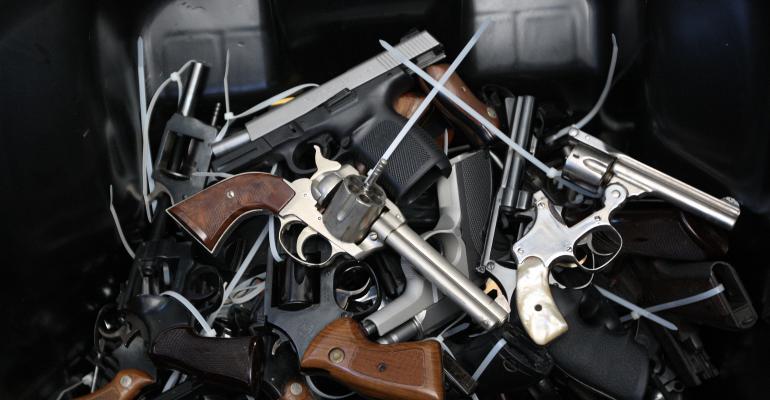 Gun Trust is a “Trust” for Federal Tax Purposes

Even without ascertainable beneficiaries in the agreement, this noncharitable purpose vehicle satisfied the definition in Treasury Regulations Section 301.7701-4

In Internal Revenue Service Information Letter 2015-0039 (released Dec. 24, 2015), the IRS analyzed the provisions of a gun trust, which is a legal trust used to register firearms with the Bureau of Alcohol, Tobacco, Firearms and Explosives.  The IRS concluded that even though the gun trust purportedly didn’t have ascertainable beneficiaries, it was still a “trust” for federal tax purposes of Treasury Regulations Section 301.7701-4.

The sample gun trust agreement (the agreement) created a noncharitable purpose trust under Florida law to cover property under the National Firearms Act.  In the agreement, the grantor had the power to add or remove trust property at any time, as well as the power to appoint or remove trustees.  The grantor’s authority superseded the authority of the trustees, and the grantor held veto power over all of the trustees.  The trustees had a duty to make sure that all of the trust property (the firearms) was maintained in a serviceable, useful and economic condition.  The trustees also had a duty to ensure that all laws relating to the property were followed.  There were no ascertainable beneficiaries identified in the agreement.

The IRS also stated that even if it didn’t conclude that the gun trust had a beneficiary under IRC Section 643(c), it would still likely consider it a “trust” because of two prior revenue rulings.  In Revenue Rulings 58-190 and 76-486, the IRS considered the income tax consequences of a nongrantor purpose trust without beneficiaries and a pet trust, respectively.  In both of those instances, the IRS concluded that even though the trusts lacked beneficiaries, if they were valid under state law, they would be recognized as “trusts” for federal tax purposes.

The IRS noted that its analysis of whether the gun trust qualified as a trust for purposes of Treas. Regs. Section 301.7701-4 was based solely on the provisions of the specific agreement.  “An actual trust with different provisions might lead to a different conclusion,” the IRS cautioned.  It also stated that its conclusion assumed the agreement would be administered strictly according to its terms.  “In this connection,” said the IRS, “we note that the federal tax treatment of an entity depends on all of the facts and circumstances, including the conduct of the parties.”