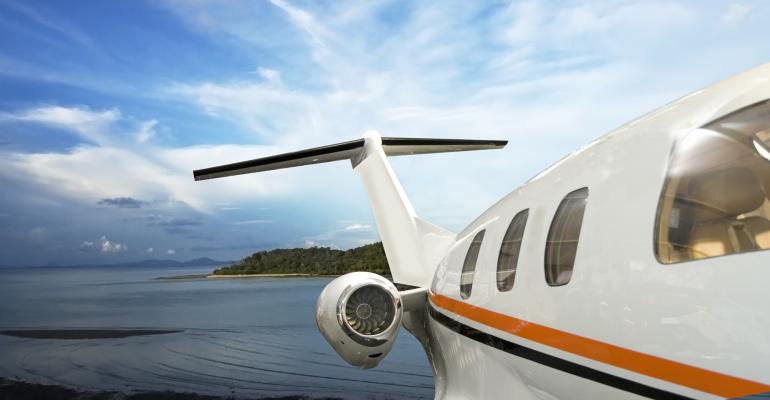 “The lawyers and accountants are going to be winners in this.”

(Bloomberg) -- Democrats’ proposal for a tax on billionaires is already spurring questions about how the sweeping new levy would be implemented and how America’s wealthiest -- and their sophisticated advisers -- can get around it.

The plan attempts to zero in on a narrow slice of the super-rich -- those with at least $1 billion in assets or incomes of $100 million for three consecutive years. Anyone in that category would be forced to pay an annual tax on any unrealized gains on publicly traded assets like stocks. For private assets, which are far more difficult to value, the Internal Revenue Service would take a more hands-off approach, requiring billionaires pay an extra tax when the holdings are sold.

Advocates of the tax, including its sponsor, Senate Finance Committee Chairman Ron Wyden, say it’s a way to raise revenue while leveling the playing field between the middle class, which pays taxes every year on their salaries, and the very wealthy, who can use a variety of strategies to defer tax bills, sometimes indefinitely. Critics of the levy argue it would too difficult to implement, may be held unconstitutional by the Supreme Court and, according to billionaire hedge fund manager Leon Cooperman, represents a deplorable example of “attacking wealthy people.”

Democrats’ biggest challenge in designing such a tax may be devising ways to make sure that the richest Americans actually end up paying it. The legislation -- which was unveiled Wednesday but has been under consideration by Wyden and his team for a couple of years -- includes provisions aimed at blocking strategies, such as trusts and insurance products, that advisers to the top 0.0001% were already thinking about deploying.

Still, billionaires can afford the most sophisticated tax advice -- accountants and lawyers who can both challenge the law in court and develop ingenuous new ideas for avoiding it. “The lawyers and accountants are going to be winners in this,” said Warren Racusin, a partner at Lowenstein Sandler in New York.

U.S. billionaires have doubled their collective net worth in the last five years to more than $5 trillion, according to the Bloomberg Billionaires Index, including a $1.2 trillion increase in the last 12 months. Because the wealthy only rarely need to sell their holdings, the vast majority of that new wealth came from unrealized gains. Billionaires who needed money can usually borrow against their fortunes and avoid a tax bill.

The super-wealthy would have a strong incentive to do everything they can to avoid the levy: In the first year that taxpayers qualify -- 2022 for current billionaires -- they would owe taxes on all the gains their publicly traded assets had generated up until that point. They’d have five years to pay that bill, likely to be assessed at the top capital gains rate of 23.8%. Then, going forward, they would need to pay taxes annually on their gains on public assets. For any losses, they would get a deduction, which they could carry forward to future years or carry back as many as three years.

Cryptocurrency and other digital assets may end up needing to pay this annual tax. While the plan doesn’t specifically address them, it includes a broad definition of public assets, including those that are “readily tradable” on markets or “available on an online or electronic platform” that matches buyers and sellers.

Private assets, including art, property and non-public businesses that are hard to value, wouldn’t get the same treatment as stocks, bonds and other publicly traded assets. However, to keep billionaires from taking all their holdings private to avoid the tax, the proposal levies an extra charge on private assets when they’re sold. This “deferral recapture amount,” akin to an interest charge, tries to equalize the treatment of public and private assets.

If a billionaire’s tax becomes law, a first task of many advisers will be thinking of ways to make sure their wealthy clients don’t have to deal with it at all. Multibillionaires may have no choice, especially if they hold publicly traded assets with obvious values, but families with $1 billion or so may be able to get under the tax’s threshold.

“You’re going to do everything you can to not hit that cliff,” said Alvina Lo, chief wealth strategist at Wilmington Trust.

The Senate proposal doesn’t fully spell out how the IRS will determine whether a taxpayer has $1 billion or more. The agency would be allowed to collect more data on the wealthy, but the legislation is designed to avoid legal fights between the IRS and taxpayers over the value of private assets. For example, it wouldn’t require taxpayers hire assessors each year to determine the value of their businesses and possessions. Instead, the IRS would look at certain agreed-upon values, such as purchase prices and those of publicly traded investments, to spot billionaires.

One way to stay out of the grip of the billionaire’s tax could be to give your assets away to family. Especially rich families may spread the wealth to “try to make it so there are multiple taxpayers that are all under $1 billion,” said Thomas Giordano, a partner at Karlin & Peebles in Los Angeles.

Loopholes in the estate-and-gift tax now make it possible to transfer billions of dollars to heirs tax-free. But both the billionaire’s tax plan and other proposals, from House Democrats, would block many of these strategies.

In the case of grantor trusts, a popular way to transfer wealth to children, the super-rich would be responsible for paying the billionaire’s tax on a trust’s assets as well. Non-grantor trusts, which can include dynasty trusts that benefit multiple generations of wealthy descendants, would face the levy at a lower threshold than billionaires. Trusts would owe the billionaire’s tax if they had at least $10 million in income or $100 million in assets for three years.

Hardest-hit by the tax, at least at first, would be those billionaires whose wealth is tied up in publicly traded companies or other tradable assets. With long-term capital gains now taxed at a rate of 23.8%, billionaires like Elon Musk and Jeff Bezos could in theory be forced to sell off more than a fifth of the companies they control.

That’s not going to happen, according to Indiana University law professor David Gamage.

“When we’re talking about billionaires, financial planning is easy,” he said. “Billionaires can borrow at very low rates. They can use derivatives and other financial products to get cash out without selling.”

Josh Baron, a partner at Banyan Global who specializes in advising wealthy families, says owners of public companies may be able to come up the money by selling stock. But, in the process, families with smaller stakes in their companies could risk losing control of the firms.

“I don’t think there’s any risk that Elon Musk will lose effective control of Tesla, but there are families that, if they had to sell, they might not be in control anymore,” Baron said.

The tax could cause the wealthy to shift their money from public investments, which would pay annually on unrealized gains, to private assets. Wyden’s deferral charge is designed to reduce this incentive, by slapping a recapture charge on billionaires’ sale of private assets. The rate could rise every year that an investment is held but the total rate would not be higher than 49%.

Financial advisers are sure to spend hours analyzing which structure -- public or private -- is likeliest to save their clients the most money, Giordano said. Others may shift money into private investments in any case, hoping that a future Congress and president repeal the tax, he said.

“How many people are going to be pushing their chips into 2024, saying ‘All right, this will go away soon enough’?” said Giordano of Karlin & Peebles.

Then again, the opposite could happen. While the tax is aimed at a small number of extremely wealthy people -- the Bloomberg index tracks more than 800 people with total assets of more than $5 trillion -- some wonder if the tax could be expanded over time to include a larger slice of the wealthy.

Advisers said they expect to try various tactics to exempt assets from the annual tax. One frequently mentioned option was insurance strategies, including private-placement life insurance, or PPLI, a once-niche product that’s getting serious consideration among the super-wealthy. However, Wyden’s proposal has provisions specifically aimed at PPLI and other strategies like it.

In any case, “another big winner in this is going to be charity,” Racusin said. Many prominent billionaires have already made promises to give away the bulk of their fortunes in their lifetimes. And, while the proposal tries to block various other techniques for avoiding the tax -- including transfers to children and trusts -- gifts to nonprofits and charitable foundations would be specifically allowed.

--With assistance from Laura Davison.