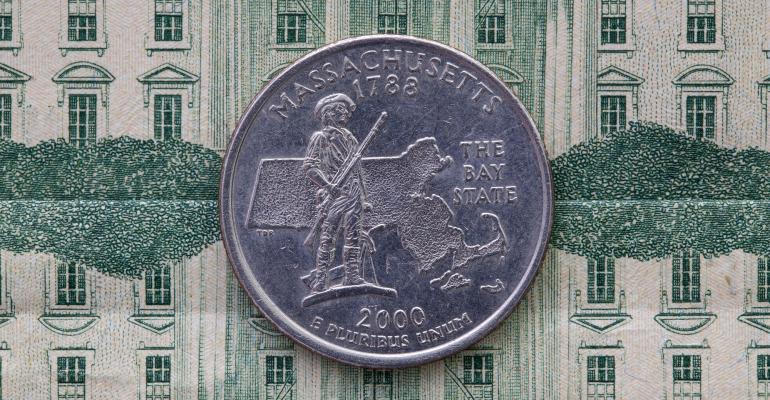 The Milken Center's first major research project combines data on health, safety, personal freedom and other categories, with Massachusetts coming out on top.

(Bloomberg) -- The American Dream is about more than just financial resources, which is why a new index seeks to quantify prosperity using 230 different data measures to assess well-being in states across the US.

The results: Massachusetts comes out on top, with Mississippi bringing up the rear.

The index is the first major research issued by the Milken Center for Advancing the American Dream, an offshoot of the Milken Institute focused on economic and social mobility. The Washington-based center steps from the White House is scheduled to open to the public in 2024.

“All of these things come together to impact our sense of well-being and prosperity,” Kerry Healey, the center’s president, said in an interview. “If you just focus on the economic piece, you’d be missing a lot.”

Massachusetts ranks as the top state for education, the second highest for health after Hawaii, and the third highest for “personal freedom,” which includes data on incarceration, social tolerance and discrimination. Its lowest score is 27th for economic quality.

Half of the Top 10 states are in the Northeast, along with Minnesota, Utah, Wisconsin, Colorado and Washington. 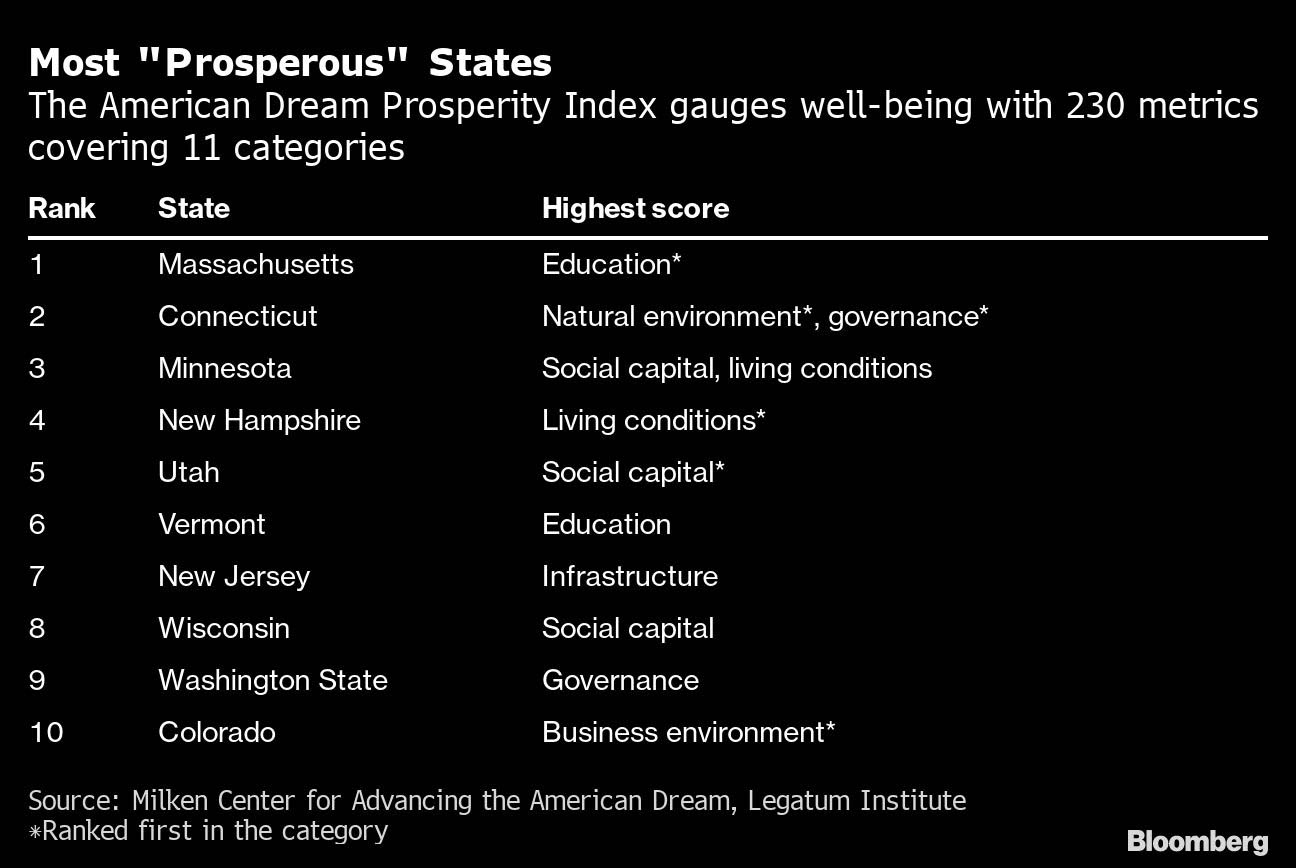 New York ranks 13th, with high scores for health and natural and business environment. It comes in lowest, at 44th, for “social capital,” which uses metrics on family and personal relationships and civic participation to gauge “how cohesive a society is.” Utah is rated first for social capital; Nevada is last.

Mississippi comes in 50th or 51st for living conditions, economic quality and “governance,” which includes measures of corruption and political accountability. The 10 least prosperous states are mostly in the Southeast.

Other rankings, however, come to very different conclusions. The 2023 State Business Tax Climate Index, issued last week by the conservative Tax Foundation, puts Wyoming first and New Jersey, which the Milken index ranks seventh, in last. Massachusetts and Mississippi are in the middle.

The center, started by billionaire Michael Milken, developed the index with the Legatum Institute, re-branding and building on the UK-based think tank’s US Prosperity Index, which makes it possible to track well-being across more than a dozen years. In addition to state evaluations, it will include detailed data, posted online, on almost 1,500 counties, in an effort to help policymakers understand problems at a local level.

Healey, the center’s first president, served as Massachusetts’ Republican lieutenant governor under then-Governor Mitt Romney and later as president of Babson College. She attributes the state’s high score to educational reforms in the 1990s; the expansion of health-care coverage, known as “Romneycare,” while she was in office; and the state’s relatively moderate income-tax rate.

The Milken center will be housed in about 300,000 square feet (27,870 square meters) of space across a complex of six linked buildings. Its researchers will concentrate on economic and social mobility from a “nonpartisan” perspective, Healey said.

“We are absolutely focused on presenting facts and then discussing those facts and allowing people to draw [their own] conclusions,” she said.

Milken, 76, gained wealth and fame in the 1980s as the “Junk Bond King” of Drexel Burnham Lambert — as well a conviction and prison sentence for securities fraud. He was pardoned by President Donald Trump in 2020.

The Milken Institute, based in Santa Monica, California, hosts a popular annual conference of Wall Street dealmakers and policy wonks. Earlier this year, it put on its first Milken Institute South Florida Dialogues event, similar to past confabs held in the tony Hamptons region on New York’s Long Island.

--With assistance from Amanda Albright.