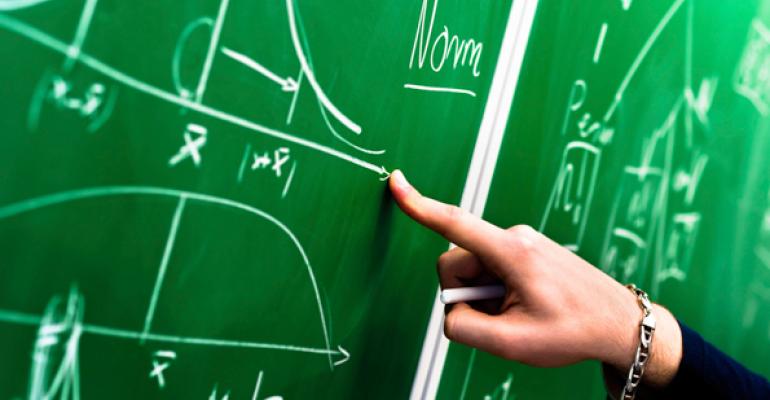 Job seekers with MBAs or experience as securities analysts no longer jump to the front of the hiring line. But if you’re nimble with partial differential equations or wavelets, hedge funds want you.

Hedge funds that have relied on people to make bets are hiring quants like never before in search of answers to lackluster returns . They’re playing catch-up to firms such as Renaissance Technologies and Two Sigma Investments, among the leaders in using complex mathematical models for investing.

“I haven’t seen demand for quants from hedge funds like this before -- any hedge fund you can name is looking,” said Michael Karp, chief executive of New York recruitment firm Options Group, who has been placing employees in the industry for 25 years.

King Street Capital Management, the $19 billion New York fund, is looking to add an expert in big data analysis, and $11 billion Tudor Investment Corp. wants to hire quant traders and researchers as part of a revamp, people with knowledge of the firms said. Balyasny Asset Management has posted at least five job openings in the past month on LinkedIn for quants.

Spokespeople for King Street and Tudor declined to comment, while a spokesman for Balyasny didn’t return messages.

Scientists, mathematicians and programmers don’t come cheaply. Ph.D.s from top colleges can earn an entry-level base salary of as much as $150,000 a year at large hedge funds, and those with undergraduate degrees can earn $130,000, according to Options Group. After five years, some quants earn a base of as much as $200,000 a year. Research analysts starting at a hedge fund, with up to three years of experience in finance, can be paid $80,000 to $100,000.

While Tudor’s main managers now make investment calls with the help of quants, trading at systematic firms is more fully controlled by computer models. A handful of firms have hired quants to mine data for investment patterns and develop machine learning tools, a type of nascent artificial intelligence.

“Our data needs for fundamental analysis are massive,” said Clayton DeGiacinto, founder of $2.8 billion hedge fund Axonic Capital in New York. “A lot of wealth will be built by those who are able to synthesize large amounts of information more quickly and efficiently.”

“Hedge funds may not necessarily be the right fit for some quants,” said Jeanne Branthover, a partner at recruitment firm DHR International in New York, who’s seen the number of job searches for quants double since the start of the year. “In Silicon Valley, you have a cool factor. Hedge funds need to change their culture to catch-up.”

Jason Kennedy, founder of recruitment firm Kennedy Associates in London, said he currently has 15 quant job searches for hedge fund clients. He had none a year ago. Yet some funds have been slow to catch on. “That’s because hedge fund managers already made their money without the need of advanced technologies,” he said.

P.S.: A "wavelet transform," derived from fields like mathematics and signal processing, is an algorithmic tool used in data mining to make it more efficient and accurate.