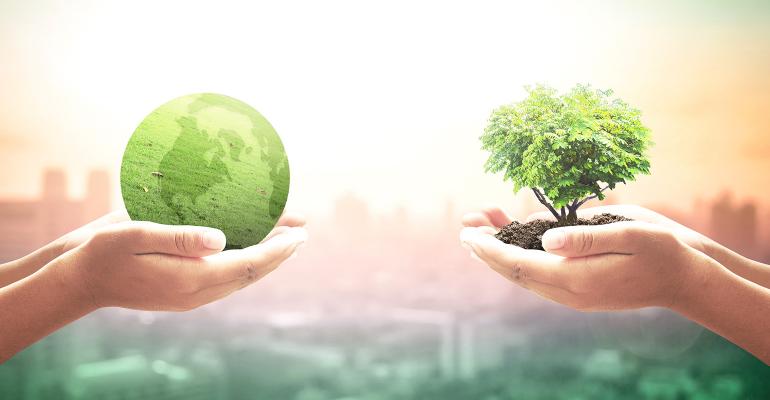 Values and Faith in Investment Strategies

Helping clients align their investment strategies with their values and faith.

Did you happen to read BlackRock CEO Larry Fink’s January 2018 letter in the New York Times?

Chances are you didn’t, unless you’re the head of one of the world’s largest publicly traded companies. In a nutshell, he put these CEOs on notice: Start making a positive contribution to society or BlackRock will hold you accountable.

Since BlackRock is the largest investor in the world, those CEOs probably paid attention. Perhaps advisors should, too. Its declaration echoes the sentiments of investors who are increasingly putting their money where their values are.

Driving Factors in the Upswing of Socially Responsible Investing

The next few decades will see a $30 trillion wealth transfer from the baby boomer generation to millennial and Generation X investors – investors who place a high priority on making sure their money benefits not only themselves but also their communities and the greater world, according to a recent Forbes report on wealth and family wealth transfer.

Research from Spectrum reveals nearly half of millennials with a net worth of $1 million-plus factor social responsibility into their choice of investments. More than a quarter of investors age 45 or younger have put at least 25 percent of their investments into socially responsible companies. Institutional and high net worth investors, especially millennials and women, are aligning their values with their investments.

The History of Values-Based Investing

Devout Muslims invest in halal products that conform to Islamic Law and accept a loss in the market rather than compromise their religious principles.

Similarly, Jewish investors use the laws of their faith to guide them, focusing on environmental and social issues, good corporate governance and support of Israel.

Buddhists today follow the Middle Way, avoiding extremes and seeking a balanced approach, seeking to minimize harm not only through the type of investment, but also to the investor’s portfolio.

Christian investors often use biblical teachings to guide their investments and financial planning. Ben Hoehler, a Christian financial advisor with Gilliam Mease Advisors in Louisville, Kentucky, said people are increasingly concerned about where their investment dollars go and who they empower with their funds. His firm offers Christian values-based portfolios.

Hoehler’s values are woven tightly into the fabric of both investing and financial planning. “There’s not a place in my life that I set my beliefs aside,” he said. He sees the world through the lens of his beliefs, including how he works and talks with his clients.

Hoehler guides his clients through decisions that touch every part of their lives. He asks his clients the same question he asks himself – “What does this decision mean in light of what we believe?”

“At a base level, you just don’t separate what you believe from who or what you are and how you make these decisions,” said Hoehler. By letting his Christian values guide discussions with his clients, Hoehler believes he develops especially strong and trusting relationships with them.

“A lot of the hard – and heart – stuff comes out in the conference room,” he said. Like a discussion with parents about disinheriting their estranged children. “That’s not just a financial decision.” Those deep conversations take his relationship with his client to another level. “We’re as much counselor as advisor,” he said. “We know our clients better than their pastors do.”

Although values-based investing developed from religious values, a more secular approach evolved from the social and cultural unrest of the 1960s and 1970s, including the civil and women’s rights movements and South African apartheid. The first socially responsible mutual fund, PAX World Fund, was introduced in 1971 at the height of the Vietnam War.

Celia Mueller, CFP®, and her husband first ventured into financial planning for themselves in the 1970s. Mueller, now a Portland, Oregon-based financial planner specializing in socially responsible investing (SRI), quickly realized it wouldn’t be easy to apply her Quaker values to the couple’s portfolio.

Mueller and her husband initially met with a financial advisor and gave him criteria to use in screening their investments. He told them it wasn’t the best strategy to take. Instead, he advised them to invest for maximum returns, regardless of the industry, company or product generating the returns. They could then turn around and donate some of those returns to charity.

“It was like he was saying, ‘Invest in tobacco and then give to the American Cancer Society,’” she said. The couple quickly left the advisor.

“I discovered I liked to help people connect the dots between their beliefs and finance.”

Mueller formed a women’s investor club with a group of like-minded women. They looked for performance and applied a values overlay, screening the selection for a portfolio that conformed to their beliefs. She discovered she liked to help people connect the dots between their beliefs and finance. Today, Mueller, affiliated with Progressive Asset Management in Oakland, California, helps her clients use environmental, social or other values to develop their portfolios.

Values-based investing using environmental, social and governance criteria was introduced in the 2000s. In 2007, impact investing entered the financial lexicon when the Rockefeller Center Foundation used it as a way to think about investing for both financial and social returns.

Investors now use screens to exclude undesirable industries and companies and include companies that fall in line with their values. They might produce environmental products or have pro-environment policies, engage in community betterment projects or ensure diversity within their leadership. It’s good for both social and portfolio returns, said Mueller.

One of the drawbacks of early SRI was that investments didn’t always produce maximum returns. But, Mueller points out, while there is no perfect corporation, investors no longer have to give up on returns. Many of today’s SRI investments perform quite well.

Increasing environmental, social and governance criteria are viewed as material considerations that can boost corporate returns, said Mueller. A popular equity retail fund posted an 11.74 percent average return over the past five years. A well-known portfolio has grown by an average of 10.28 percent over the past three years.

The signs of continued and future growth in SRI are there. In a Jan. 27, 2018, Denver Post article, Jon Hale, head of sustainable investing research at Morningstar, said investors put $6.4 billion into socially responsible mutual funds and exchange-traded funds last year, up 10 percent over 2016 and triple that of 2015. The SRI industry launched a record 39 mutual funds and ETFs last year. “Everything is poised to see ongoing growth,” he said.

Advisors might want to take BlackRock CEO Larry Fink’s letter to the New York Times to heart. The U.S. Census data reveals there are now 80 million Americans between the ages of 15 and 35. These future investors are just beginning their careers. They have a lifetime ahead of them to accumulate wealth and are in line for the historic $30 trillion wealth transfer. Many of these next-generation investors will use socially responsible values to guide where they put their funds.

Authentic, deep conversations can be the bedrock of solid, trusting relationships. Having a heart-to-heart discussion about values could be in the best interests of both you and your client.

To help keep the dialog going about values-based investing within families, download the free guide, The Family Meeting: An Essential Service for Your Practice.