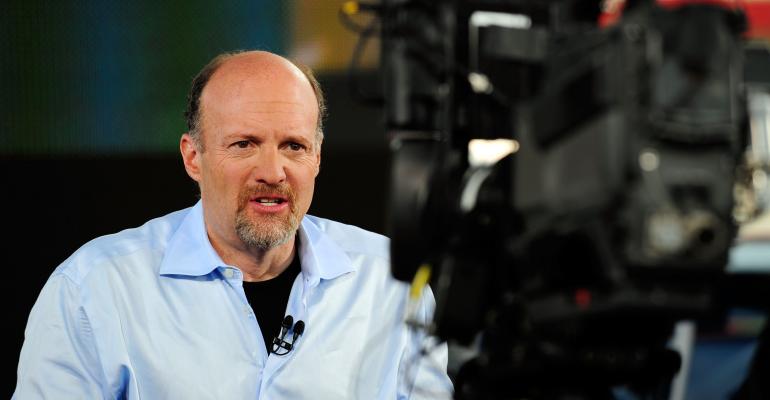 Investing via the Jim Cramer-decibel factor, why Personal Capital users are upset about the fiduciary order and where footballers go after their NFL careers.

“Let’s assume that the decibel level of Jim Cramer’s voice on CNBC is a proxy for systematic risk in the economy. So, a stock that moves stronger when Jim Cramer is louder corresponds to more systematic risk, and should therefore require higher expected returns…” Wesley Gray (@alphaarchitect) gives a brief history of the evolution of asset pricing and factor investing, from Fama-French to the five-factor model to Cliff Asness’ work at AQR. His conclusion? “We are still a long way away from understanding the so-called “science” of investing. We’re probably better off understanding the insanity of investors and the incentives of delegated asset managers.” Online advice provider Personal Capital surveyed its users following a Trump administration order to review (and very likely delay) the Department of Labor’s fiduciary rule, and repeal Dodd-Frank; they were not happy. The tech company received over 500 comments on the move, most of which were against delay or repeal. “The fiduciary rule prevents our nations seniors from being forced to live on dog food because their retirement savings were turned into fees for New York billionaires,” one user wrote. “Proof positive that all the talk about ‘never forgetting the little guy’ was nothing more than political snake oil,” wrote another. “I honestly don't think this is motivated by anything other than some sort of deranged gambling compulsion by the large financial firms,” said another user. Many users posted videos to YouTube, expressing their views.


Is Tom Brady Heading To a Wirehouse? Yes, the Patriots won the Super Bowl–again–and questions have already been asked about the possibility of Tom Brady and/or Bill Beichick retiring. After all, the pair is now the most-winning quarterback-coach duo in the history of the NFL. But, what do these multi-millionaire NFL stars do once they retire? Go into business, apparently. According to data compiled by LinkedIn on 3,000 retired football players using the social networking site, about 20 percent of former NFL players open their own business, while another 18 percent go into sales. A Fortune article on the topic revealed that the No. 3 and No. 4 employers of former NFL players are Morgan Stanley and Merrill Lynch, respectively. Perhaps, if Tom Brady does retire, the star quarterback will take his talents to Wall Street.