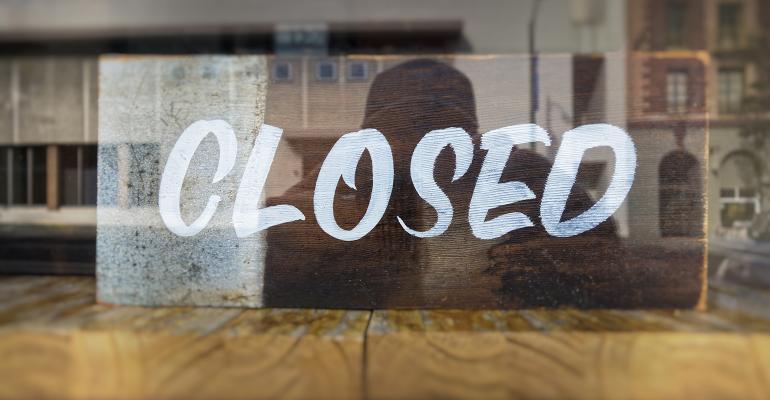 With uncertainty around how custodians will service smaller advisors going forward, shuttering the RIA and affiliating with a larger platform seems to be a better option for many sub-$150 million advisors.

Father-son team Mark and Richard Meier of R. Meier Inc. in Fort Atkinson, Wis., recently decided to close their registered investment advisory, where they managed about $100 million in client assets, and join Advisory Services Network, an Atlanta-based RIA aggregator. But the move points to a growing trend ASN is seeing—teams shuttering their RIAs to join their platform, a trend driven in part by the uncertainty around how major custodians will service sub-$150 million advisors going forward.

ASN, which has flown somewhat under the radar in the industry, works like this: An advisory team comes under its ADV, and for a 12-basis-point fee, they receive administrative, operations, and compliance and regulatory services. Teams can keep their own branding—R. Meier will operate as R. Meier Wealth Management; and ASN does not take a stake in these firms, unlike many other competitors in the space. ASN currently has about $3.7 billion in assets under advisement.

ASN founder and managing member Thomas Prescott Jr. said the firm is getting significantly more calls today from firms looking to close their RIAs compared with just a few years ago.

“You would rarely, if ever, get a call from somebody who owned their own shop,” he said. We always were bringing on people that were leaving the wires, or leaving the IBDs.”

Mark Meier said he and his father, Richard, had grown their own firm for the past 15 years. They liked their model, and wanted to retain it and continue growing, without having to further build out their own back-office operations.

“As you grow obviously the back-office commitments grow, as well as compliance and regulatory grow as well,” he said. “We started thinking, in order to be able to focus on clients and be able to keep our model, what are the alternatives?”

The two didn’t want to sell or merge with another firm, and Mark did not want to align with a platform provider where he’d have to outsource the investment management; that’s something he enjoys doing. So ASN, when it surfaced, seemed to be the right partner.

Prescott expects to see more RIAs closing up shop, especially firms with below $150 million in client assets. Some of the major custodians are changing their revenue models, and that’s driving uncertainty around how they’ll service smaller advisors going forward.

“We’re getting a lot more interest in terms of the general industry from firms that are sub-$100-$150 [million] in trying to make sure that they’re not going to suffer if there is a diminishment of services or access,” Prescott said. “That has been a change from previous years.”

Prescott says the custodians are ultimately going to look at the profitability of the underlying investment advisors and then feed that profitability into their service model. But since ASN is larger, it’s able to use its scale to get a higher level of service at the custodians. It custodies with Fidelity, Schwab, Pershing and TD Ameritrade.

“One article says ‘Service is going to change.’ The next article says, ‘No, we’ll never change our service model.’ You’ve seen the possibility of custodial fees being charged for smaller to midsize clients, depending on profitability,” Prescott said. “We’re a much larger shop, so we don’t face the custodial-type fees. We don’t see that affecting us, and more importantly because of our operational team, we’re intersecting with the custodians at a much higher level than a $100 million or $200 million or even $300 million shop would.”