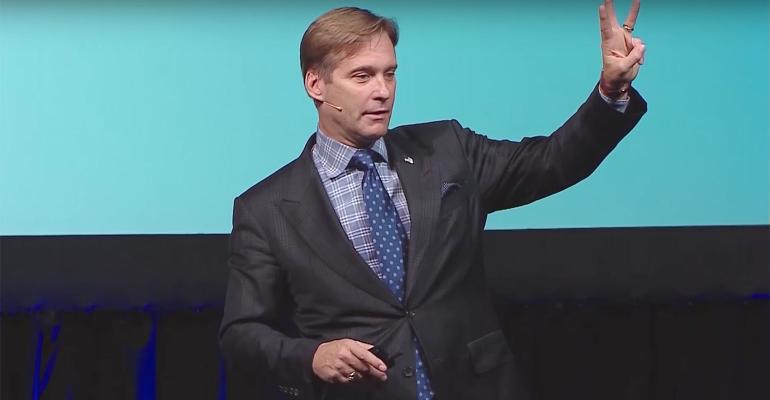 Unlike some of the large RIA custodians, TCA doesn’t have a robo advisor offering or online retail brokerage business.

“If your belief system is such that you believe the end consumer is best next to an advisor, then why would I be competing against that mission?” Pace said in an interview with WealthManagement.com. “We don’t compete with Matson Money or any other advisor.”

Pace also cites TCA’s technology, which he says was created just for advisors, and can be customized to an individual firm’s business model.

“For [many] advisors, they feel they have to fit into a mold at a big box custodian,” Pace said. “What we’ve got is a technology suite that’s very, very powerful, but it’s also highly modular, which means that they’re allowed to configure their experience and the way they run their practice.”

TCA believes its technology can help Matson achieve his goal of growing the firm to $100 billion in assets by 2027. The custodian’s technology has allowed the RIA to automate their account opening and digital signature processes.

“If you’re on a race to $100 billion, that’s a lot of accounts, a lot of end investors, and to be able to automate that process allows you to be at complete scale as you grow. We’re able to do that jointly with them,” Pace added.

The Centennial, Colo.-based custodian has a somewhat differentiated service model, where every advisor is assigned a dedicated service representative. There’s no calling in to a call center and navigating through a menu of options.

“By having that enhanced knowledge, they’re able to do a better job of meeting your needs more quickly and, interestingly enough, more consistently,” Pace said. “We hear stories from advisors that join us from other places about how if they don’t get the answer that they wanted the first time, they’ll call back and get a different answer.”

Matson has custodied some of his assets with TCA since the mid-1990s, but the majority was with Schwab. Pace said Matson has been working on moving the remainder of his assets over for the better part of a year. A Schwab spokesman declined to comment.

"We have been and will continue to work with TCA to try to offer our clients the best suitable fee structure possible," Matson said in a statement emailed to WealthManagement.com. "Just like the end investor chooses (or leaves) advisors based on the services they feel they are worth for the price that they pay, we see this no differently with the relationships we have with our partners."

TCA has some 200 RIAs on its platform, representing 7,500 advisors and more than $16 billion in assets. In the last year, assets have grown 20 percent.