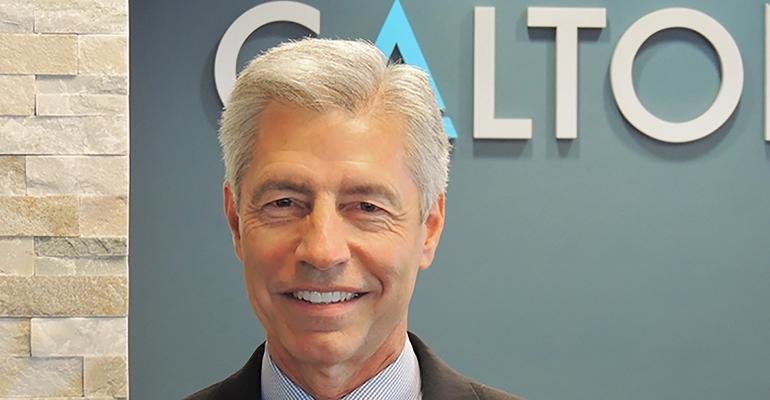 Calton & Associates has filed for an asset purchase of accounts that choose to come over from Capital Financial Services, which has some compliance baggage.

Capital Financial Services, a small independent broker/dealer in Minot, N.D., will shut down its b/d operations, and its some 100 reps will be absorbed by Tampa, Fla.-based Calton & Associates, a midsize IBD that has done similar asset purchases in the past.

President Dwayne Calton confirmed his firm has filed with regulators to pursue an asset purchase of customer accounts at CFS that choose to come over. He said they would like to keep the firm’s North Dakota back-office operations intact, depending on how many reps eventually switch. The deal is pending regulatory approval, but Calton is not acquiring the broker/dealer, which has had some problematic reps.

“When you have a lot of compliance baggage, that makes the broker/dealer unattractive,” said Jonathan Henschen, president of the recruiting firm Henschen & Associates in Marine on St. Croix, Minn. “But they’re still interested in the reps and the assets.”

Advisors who choose to join Calton will go through its standard review process to determine “whether or not they’re a good fit for us,” Calton said. CFS advisors clear through RBC Correspondent Services, and if they join Calton, they’ll switch to National Financial Services. The b/d has no plans to add another clearing firm.

“Between the reps that Calton won’t bring on because of compliance issues and those that scatter, I don’t think there’s going to be a lot there,” Henschen said.

Henschen said he counted at least 15 CFS reps with three or more FINRA disclosures on their U4s.

Steven Knuttila, one former rep who was barred in June 2018, has 42 regulatory disclosures. He was sanctioned by both FINRA and the state of Minnesota, where he did business. Many of his customer complaints were related to sales of problematic alternative investments, such as REITs, oil and gas programs, annuities and equipment-leasing programs.

The Securities and Exchange Commission recently obtained a court order to freeze assets controlled by Sean Kelly, who was registered with CFS from 2007 to 2010 and 2012 to 2017. Kelly was allegedly running a fraud scheme where he raised at least $1 million from 12 investors, most of whom were elderly retirees, saying their assets would be invested in private placements and real estate funds. Instead, he spent the money on Super Bowl tickets, luxury vacations and cash withdrawals. The U.S. Attorney's Office for the Northern District of Georgia filed criminal charges against Kelly and arrested him.

“I’ve seen firms like this, where it only takes one or two really out-there reps to ruin a good firm,” Calton said.

This is not the first time Calton has taken over stranded assets from a small firm that's shuttering. The firm has done six similar asset purchases since 2013, including Choice Financial in Austin, Texas, and High Street Securities in Hot Springs, Ark. Calton now has about 350 reps who manage more than $5 billion in client assets.

“It’s getting harder and harder to survive as a smaller broker/dealer,” Calton said. “There’s going to be probably more of this. Maybe the next time we hit a recession or some kind of road bump in the economy, you’ll see even more of them. The rules and regs change so fast, and technology changes so fast.”

“Even though sales of REITs, BDCs and alternative investments are down substantially, the residual impact of past sales continued to haunt firms like Capital Financial, resulting in an ongoing flow of arbitrations and FINRA fines that forced them to exit and sell their representatives’ assets,” Henschen said.