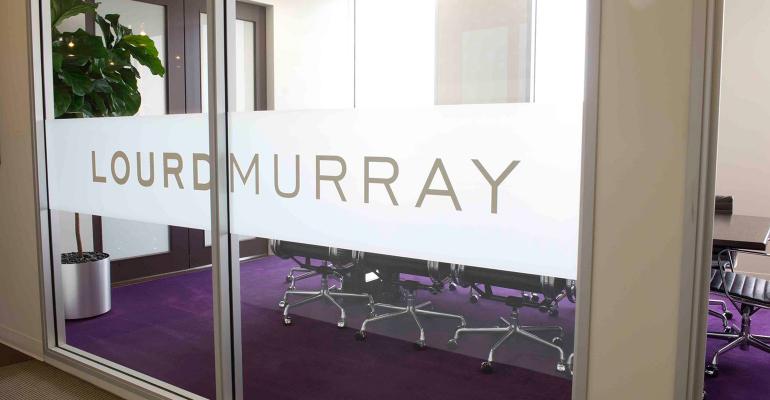 LourdMurray and Delphi Merger May Be Model for Future Deals

LourdMurray’s simultaneous deal with Delphi and HighTower may be the way future mergers in the RIA space develop.

A few months ago, Beverly Hills, Calif.-based registered investment advisor LourdMurray merged with San Diego-based Delphi Private Advisors, creating a $4.8 billion firm. On the same day as the merger, HighTower acquired a minority stake in the RIA, basing its (undisclosed) valuation on the merged entity, not the individual parts, even though the merged entity, while making sense on paper, had no operational history in the books.

It’s rare for an RIA to complete deals with a merging firm and capital partner in one fell swoop, said John Langston, founder and managing director of Republic Capital Group, the investment banking provider to RIAs that put the deal together, but it shouldn't be, Langston contends. He says the case provides a model for how RIA acquisitions may work in the future.

Langston said firms should solicit offers from potential capital partners when they are making an acquisition, whether the solicitation is to other large RIAs, aggregators or private equity firms. It provides the firms about to merge with current market feedback on the combined valuation, and not just in theory. There are written offers showing what the market believes the combined firm will be worth, even if the firm doesn't pull the trigger on the funding.

The market may take a negative view of the proposed merger, a warning flag for those involved. But if the funders' analysis comes back with a healthy valuation, it may make it a lot easier for each firm's owners to sign off on the deal, Langston said.

In LourdMurray’s case, HighTower recognized that the combined firm would be a powerhouse in California, with locations in Los Angeles and San Diego, Langston added. (LourdMurray also has a location in Baton Rouge, La.)

It was, he said, a complex transaction; estate planning issues came up. Each firm had a different legal structure. Navigating those differences—while also taking on an investor—is among the reasons the deal was named a finalist in two categories for M&A Advisor’s Deal of the Year awards, an annual award recognizing successful mergers and acquisitions across a number of industries.

Any transaction—a capital infusion or an acquisition—is going to be disruptive to an RIA’s business, so doing both at once can ease the pain—or at least limit its duration, he said. In this case, the firm just has to do one transaction and one notification to clients, rather than having to start from scratch after the merger was closed.

Langston points to several reasons a combined firm would command a higher valuation than stand-alone firms, including a level of scale for things like technology investment or custodial fees, geographical diversity and the fact that multilocation firms are usually run more like an enterprise business, making it easier to attract talent.

In addition, making an acquisition at the same time as taking on a capital partner helps prove to the investors that a firm is serious in its future growth, perhaps easing the way for additional capital raises down the line, he said.