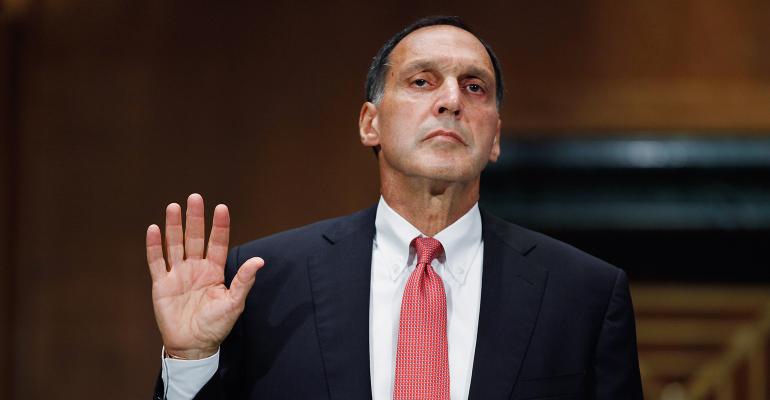 Matrix Wealth Partners, in registering as an investment adviser last month, disclosed that it’s partly owned by Fuld. The New York-based firm’s other owners are Matthew Rubin and Justin Gaines, both of whom come from Neuberger Berman, a former Lehman money-management unit that oversaw about $255 billion at the end of September.

The multifamily office will complement Matrix Advisors, a consulting firm that Fuld set up in the aftermath of Lehman’s September 2008 bankruptcy to help small and medium-sized companies raise cash, according to the filing. Fuld’s clients could hire Matrix Advisors to help them sell their closely held businesses, then turn to Matrix Wealth Partners for advice on how to invest the proceeds. Investment banks such as Morgan Stanley, Goldman Sachs Group Inc. and the former Lehman have employed similar strategies.

“It’s a tried-and-true approach,” said Guy Moszkowski, an analyst at Autonomous Research. “If you are Goldman and you help a company go public,” he said, “you are going to try very hard to be” the private wealth manager for the entrepreneur who cashed out.

Fuld, 70, formed Matrix Advisors in early 2009, months after the collapse of the firm that he had built into the nation’s fourth-largest investment bank. He otherwise has kept a low profile after Lehman’s bankruptcy, a seminal point in the global financial crisis.

In 2015, Matrix Advisors consulted on the sale of the National Stock Exchange and, according to a Reuters report, Fuld also set up a New York real estate firm called Matrix RE Brokerage. Fuld broke his silence that year by speaking at the Marcum MicroCap Conference on Lehman’s demise, the financial crisis and its aftermath.

“Why has the belly of America been ripped out?” he said at the time. “The small companies can’t get financing.”

Matrix Wealth Partners provides another avenue for Fuld to court small and mid-sized businesses, many of which are closely held. He won’t be involved in the day-to-day operations of the multifamily office, which shares the same Manhattan address as Matrix Advisors. Daily management will be left to Rubin, 45, an architect of Neuberger Berman’s investment-strategy group, and Gaines, 33, who worked closely with Rubin in building the unit.

Money managers only register with the U.S. Securities and Exchange Commission if they expect to oversee at least $150 million of assets within 120 days of filing their application, so the multifamily office may already have clients lined up.

Rubin declined to comment on whether he had managed money on behalf of Fuld while at Neuberger Berman, though both he and Gaines confirmed that they had known the former chief executive officer while he was running Lehman. Fuld was traveling and wasn’t available for comment, according to a spokeswoman. Alexander Samuelson, a Neuberger Berman spokesman, declined to comment.

Like other multifamily offices, Matrix Wealth will help clients allocate their money among asset classes, assist in selecting hedge funds and other investments, and provide services such as cash flow analysis, estate planning and tax management. The new firm also will incorporate the closely held businesses owned by their customers into their investment plans, Rubin said in a telephone interview.

“This is a new initiative to really broaden out some of the activity that has been done historically,” Rubin said.

Matrix Wealth will charge an annual fee of 90 basis points, or 0.9 percent, for the first $10 million under management, according to the registration. Its fees decline after assets exceed that amount.