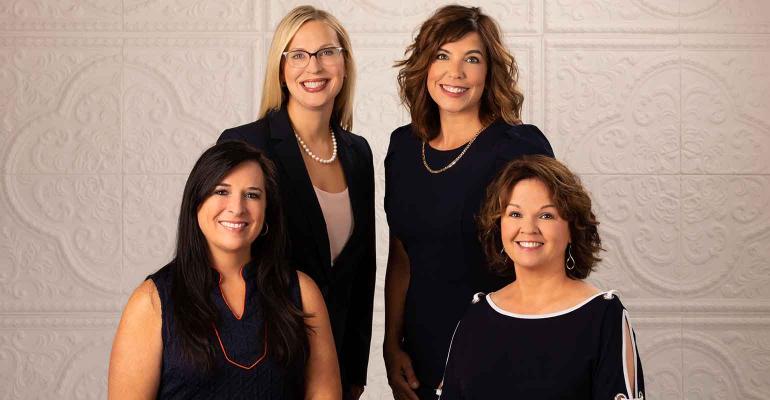 NorthShore Financial Strategies, an all-woman team previously with Wells Fargo Advisors Financial Network, is the first independent team to join LPL's SWS model, and the 14th since its inception.

An all-woman team in Chattanooga, Tenn., with about $230 million in client assets, has moved to LPL Financial, affiliating through the firm's Strategic Wealth Services, its premium affiliation model originally aimed at luring breakaway advisors from the wirehouses and regional brokerage firms. NorthShore Financial Strategies, which joins from Wells Fargo Advisors Financial Network, is the first team to come into the model that’s already an independently owned practice and the 14th to join SWS since its inception.

NorthShore advisors Carrie Turcotte and Crystal Walker said they chose SWS because they wanted to offload some of the more entrepreneurial tasks involved in the running the business to spend more time with clients. That includes bookkeeping, technology, marketing, human relations and administrative tasks. Walker said she was doing many of those things while at Wells Fargo.

“That frees up 20% of my time so that I can be an advisor,” Walker said. “I can actually answer the call; I don’t have everything else on my plate.”

At Wells Fargo FiNET, Turcotte was the branch manager, with responsibility for all the compliance.

Walker said they also chose LPL because the firm supported an hourly fee model, something Wells Fargo would only support if the client had a significant level of assets with the firm.

Further, she liked that LPL had a support group for Certified Kingdom Advisors, a designation and membership community for Christian advisors.

NorthShore’s move shows LPL's SWS model may have broader appeal beyond wirehouse and regional breakaways. The affiliation service, launched in April 2020, was initially aimed at advisors coming out the employee channel and sought to provide an extra level of support for advisors not used to running an independent business.

LPL provides SWS advisors with free transitional services that include planning for the exit from their current firm to onboarding clients to the LPL platform. Next, the IBD assists advisors with securing real estate, installing and integrating technology, being compliant ready, and developing the firm’s brand. After the advisor has transitioned, LPL then gives ongoing support with a chief financial officer consultant, a senior marketing strategist, tech support, remote administrative assistants and a service team.

NorthShore will take advantage of those ongoing services and dedicated service pod.

“What you see is advisors like Carrie and Crystal who have already done the hard work; they already put in the sweat equity to build these practices,” said Kimberly Sanders, head of SWS. “They know what it means to have to manage all the different elements, and so they’re appreciating what the ongoing services and support of SWS is, rather than focusing so much on that transition story. That’s what the breakaways are focused on right now.”

That transition to independence really only takes about six months of an advisor’s life; after that, they need ongoing support, Sanders said.

“When we launched our practice, if we had had this kind of support, we would be at a completely different level,” Turcotte said. “We did it, but it would have been great to have started with it.”